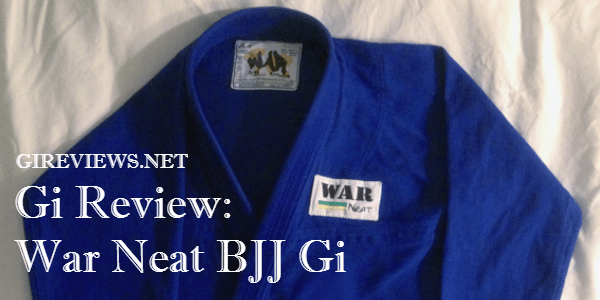 I first came across War Kimonos when I started BJJ at my academy and my instructor initially recommended them – a lot of the guys there were wearing them, having a slim cut, being relatively cheap, easily obtainable (then) and hard-wearing, although recently at my academy they've been supplanted as the cheaper gi of choice by Tatami. My instructor's instructor was Brazilian and had recommended them to his students.

War gis are manufactured in Brazil. These days they aren't quite as cheap as they used to be and are harder to come across, and are considered as being a bit old school. If you do some research online you may find some reviews of War belts, which have a good reputation. 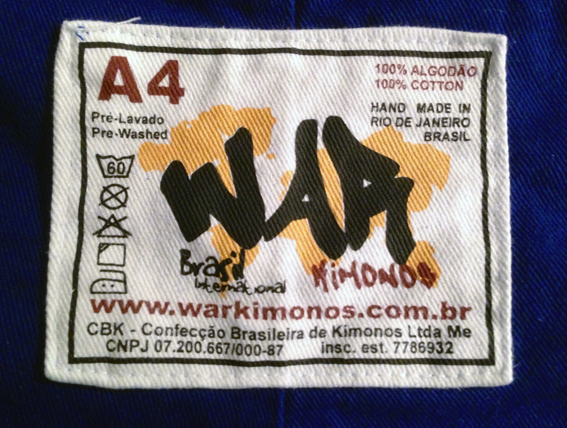 My first gi was a Padilla & Sons gold weave that I love but was a bit roomy for my body type, giving my opponents plenty of handles to grab on to, and I found the gold weave material of the jacket a bit warm in summer. When it came time to buy another gi for competition, a local shop had War gis in stock and I snapped one up.

At this point I should probably clarify that I live in Adelaide, South Australia, and the options to buy a gi were (and still are) fairly limited unless you bought online which can always be a gamble with regards to fit. Popular gis in martial arts stores were Gameness, War, and to a lesser extent Adidas plus dodgy generic brands. I'm not sure about elsewhere, but if you wanted anything else you needed to buy it online.

My first War gi was a white A4 Neat model which is the lightweight version, the heavier version being the Silver. War do make an A5 but they are harder to come across as they are not usually imported into Australia by retailers. I loved the initial gi so when I saw they were available again in the local fight shop I pulled the trigger on a blue version. These gis are some of my favourites in the rotation of gis I wear, also owning a Padilla & Sons gold weave, Atama Mundial #9, Koral MKM & a Shoyoroll DLux.

The lapel on my first War gi was quite stiff cloth, making chokes a little bit harder to get. At first I was disappointed to find since they are now made of vulcanised rubber like most other gis, however this rubber is quite a bit harder than any other foam collar I own, and after putting it thru it's paces and myself in some bad positions I can confirm that they're still difficult to get a choke on. 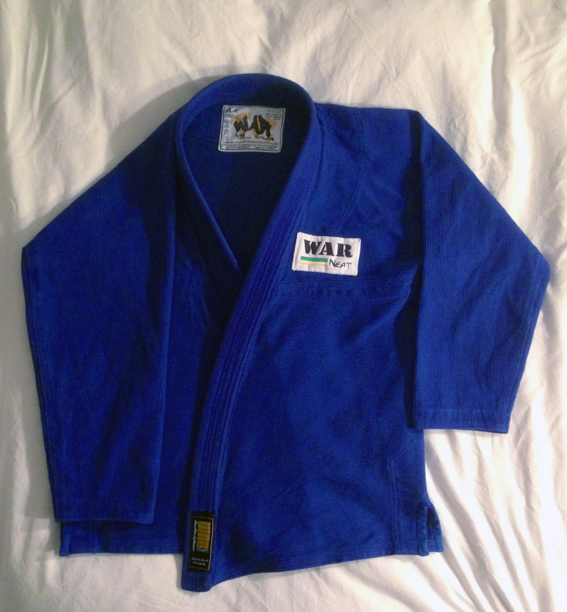 The skirt is quite short compared to all my other gis, just reaching the top of my thighs. On my first white War gi initially the sleeves on the jacket were about an inch and a half past my wrist bone. When I say initially I think you can tell where I'm going here – War gis are infamous for shrinking. 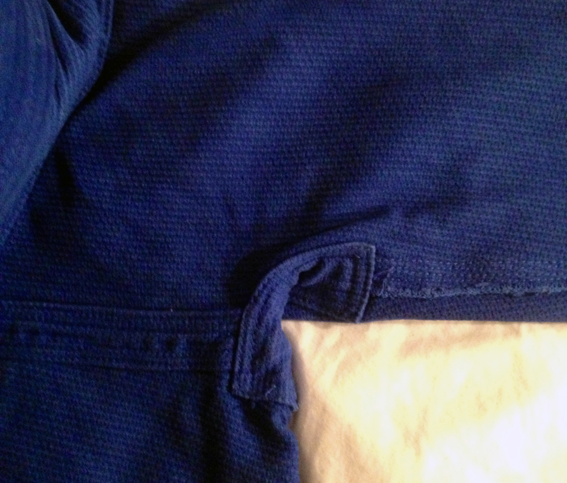 After a couple of cold washes & drying on the clothes line the sleeves are a good inch above my wrist bones, and if I shoot my arms out easily three inches. I would most definitely caution against tumble drying unless you are REALLY looking to shrink the gi. 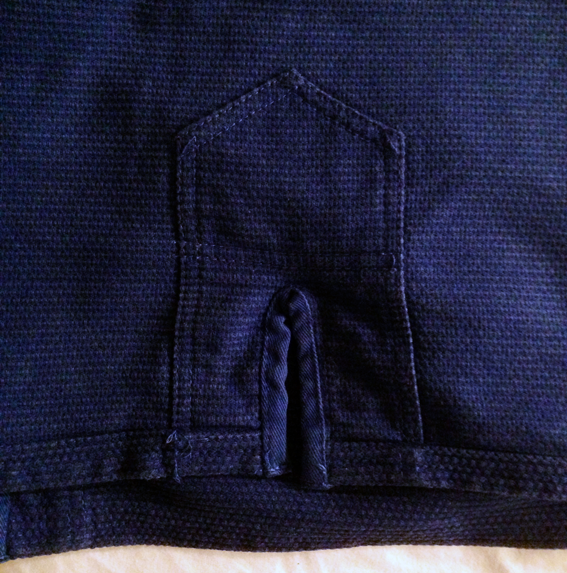 On the other hand, with the light weight Neat model, I have washed it at night in winter after training & dried it on the line under cover – it was ready to go by late afternoon the next day with the lapel being just a little damp, much like my Atama. I might add also that my blue War Neat gi didn't shrink as much as the white one after cold washing and hanging to dry. The sleeve width is also easily the narrowest of all the gis I've owned. I'd question the legality of this gi in competition but I've never had any problems from officials at comps.

There is the usual reinforcing in the armpit and the vent on the skirt, overall the triple stitching is of a good quality. 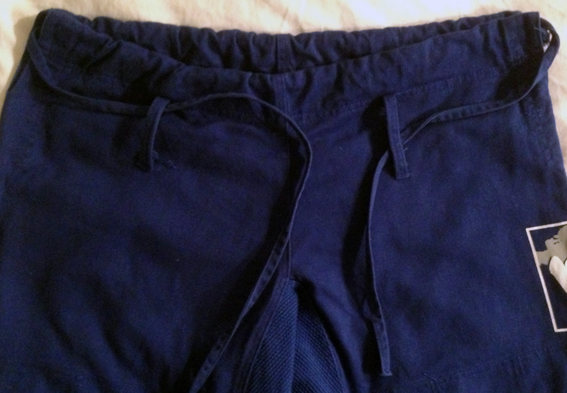 The shrinkage factor of the pants was nowhere near as bad as the jacket, but was still there. The belt loops is old school two loops with the standard drawstring. I find the pants to be a bit of a baggier fit compared to the the jacket – or maybe I have chicken legs. 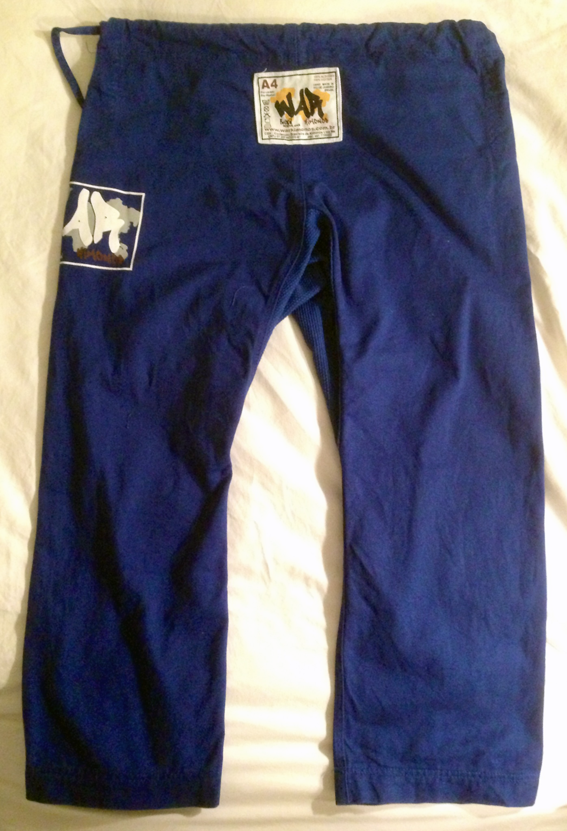 With regards to the aesthetics and logos, i would say they are understated other than the WAR patch on the pants in a graffiti/tag style that was initially an acquired taste. There is one silkscreened WAR logo at the top of the leg on the side (these used to be a patch on older models), and a sewn on silkscreened patch on the seat of the pants. There is a small rectangular embroidered WAR neat patch on the chest area and a small patch at the bottom of the lapel.

When ordering, I would take the above chart with a grain of salt and order one size up. Trust me.

Rolling in the War Neat

At my academy there are several guys other than myself who rock War gis, giving me a little perspective from both sides, as wearer and opponents. I've already mentioned the stiffness of the lapel making chokes a little more difficult. Another sneaky advantage is the width of the sleeves, making getting and in particular maintaining a good grip on them particularly difficult.

Of course this also makes the fit on the arms quite snug too, making getting a grip on the triceps area a bit trickier. Because of the snug fit on the torso and the length of the skirt, the gi does become untucked from the belt during rolling. The pants are quite sturdy and comfortable, and allow for a good range of movement. 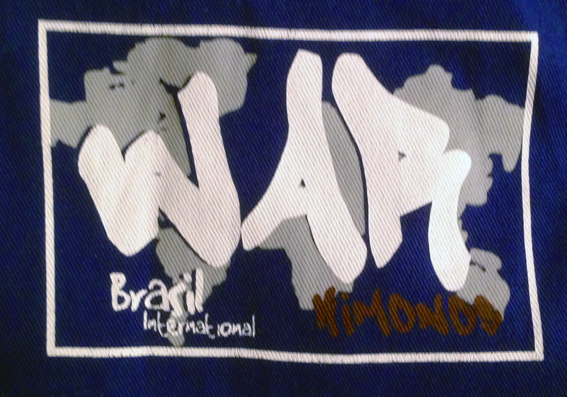 I suppose to sum up I would say if you are 6'1″ or below, after a slim cut gi and you come across one of these bad boys, check them out, you might be pleasantly surprised.