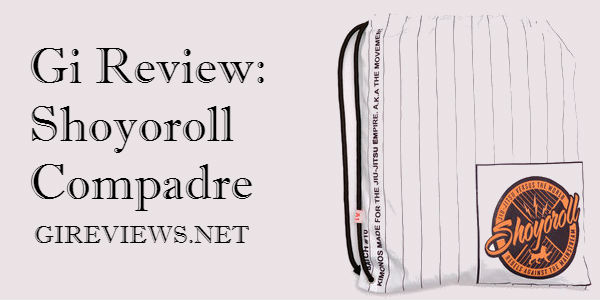 This Batch #10 gi, the Shoyoroll Compadre, is one of Shoyoroll's sigature lightweight brazilian jiu jitsu gis.    It marks the return of their 450g Gold Weave.  It's awesome for summer training and the color is white with brown and orange stitching and trim.  As stated, the Shoyoroll Compadre jacket is made of 450gram soft gold weave.  Pants are 12oz. drill cotton with the gold weave crotch.

The jacket is one piece and the collar is EVA foam.  Again, stitching is orange and brown and the gi has nice, but reportedly very scratchy inner taping.

The pants also include the stretchy rope drawstring that is common on all SYR gis and the Shoyoroll Compadre is no different.  It has a 6-point loop system and contrast stitching.  The fit is ‘tailored' and there is custom inner taping just like on the jacket. 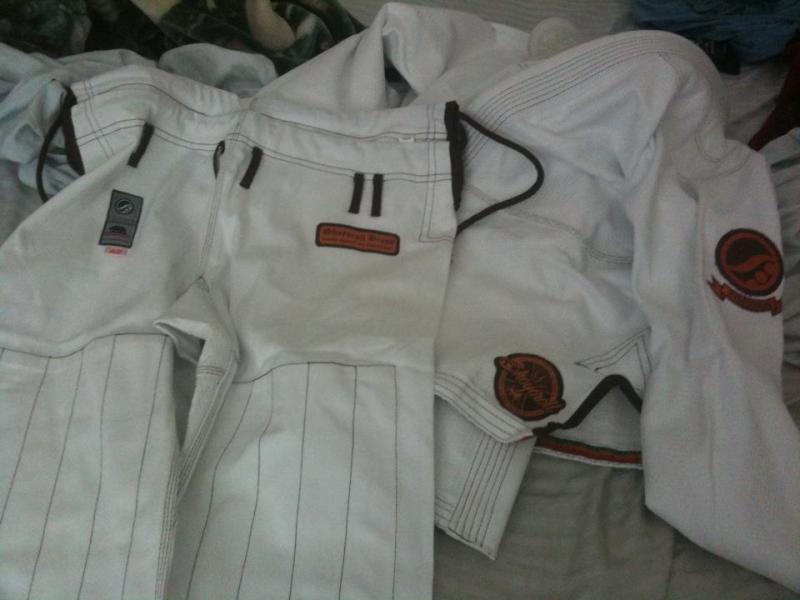 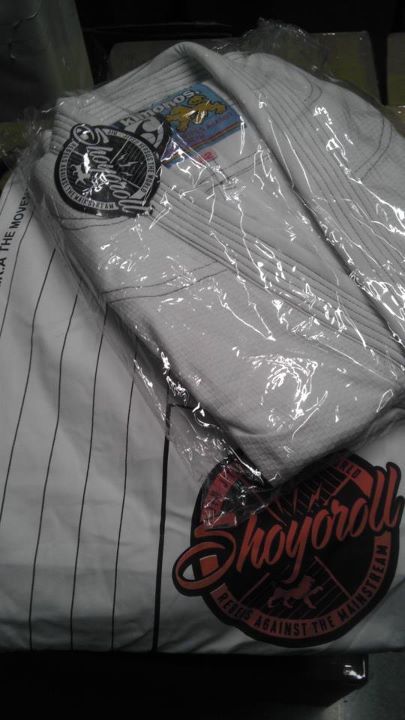 I’m feeling pretty mixed about mine. From 1 meter away, it looks great. Fits like a glove, looks very nice, is light and generally speaking good. closer up, really really amateurish….the stitching looks like someone was drunk when putting it together, they missed putting the binding tape over the seams completely, jagged sewing angles….not very impressive. the sleeve already has a healthy size tear from grip fighting(I’ve had it less than a month).

And….after 7 months off being a part of my shoyoroll rotation it blew up, trousers ripped apart. pretty weak given i was rotating 3 gi’s over the period.

I decided to review this as well since I also have an Americana. I’m 5’10” and like the Americana, the A2 was a bit long on me originally. Nothing a couple hot washes and time in the dryer couldn’t fix. The arms were super long and now fit just fine.

While I love contrast stitiching, the poor sewing is highly evident. Not only does it swerve left and right, some stitches are so small it looks like they missed it entirely just as Brendan said. Same goes for my Americana. 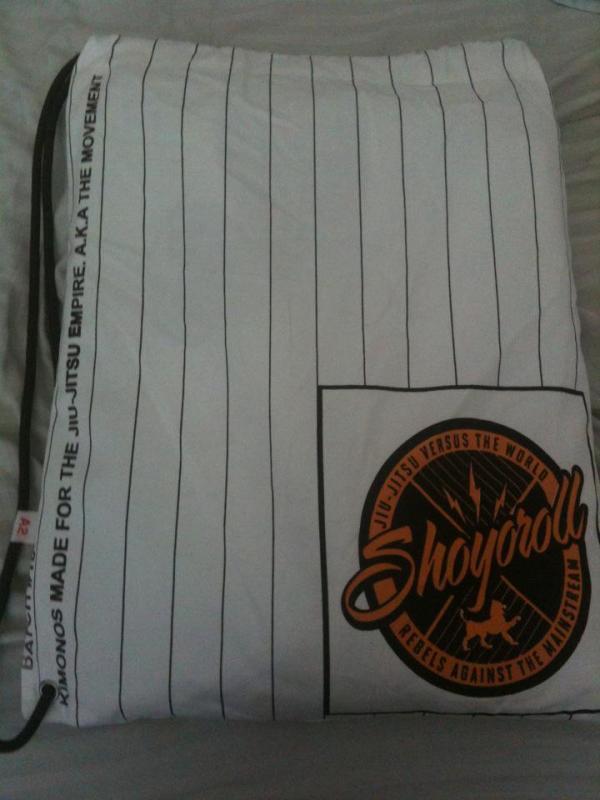 The seam tape is close in some areas and far from the seams in others. This while slopping looking was not a huge deal since it is inside the gi. I had read reviews about scratched necks but figured they might be exaggerations. This was a big deal. It irritated my neck the first few times I wore it. Since it has become minimal to nonexistant.

I will say there are positives still. I absolutely love these pants. They are light, comfortable, and I love the draw string and abundant loops. Overall the gi looks sharp, i’m just not sure it lives up to all the hype.

[Brendan: I’ve actually updated my thoughts on the stitching issue. It’s just a weird thing about the weave they’ve used. The stitches aren’t small or missing. They’re just hidden underneath some of the weave. If you pull the weave apart around the stitch, you’ll see the whole thing there. It’s weird.]

I've been a long supporter of shoyoroll but the compadre was a complete dissapointment. Mainly because of the qualty of the gi. Seriously, for the price i paid and the time i waited, i was expecting quality. First off, the taping inside the kimono top. Its suppose to “tape” over the seams but it was all over the place. The seam tape now irritates the crap out of my neck. Second is the contrast stitching. Not straight at all which shows even more cuz its contrast. Anyone else there reading this who had a compadre please let me know if you see the same

[Brendan: Lots of people have noted the terrible taping. On my americana, some of the stitches are so small that they look like they missed the stitch entirely.] 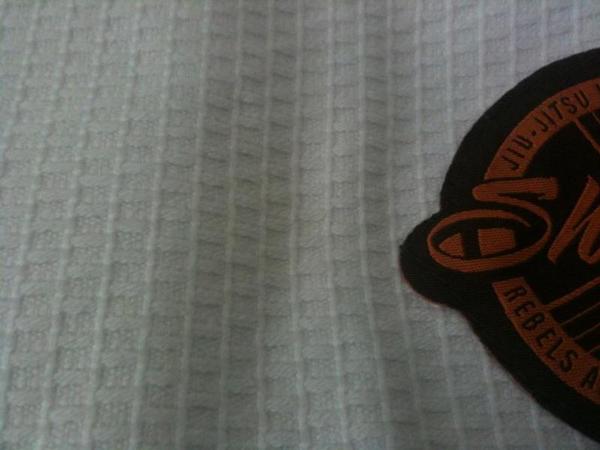 I would never sell it but I was looking for this brand cuz they would always be sold out on budovideos. I was on eBay n was amazed at the prices that some people would ask for their shoyoroll gi. Some would ask two times the original selling price n some would actually get it. So I just had to find out why people would pay more than the original selling price for a gi. I wouldn’t pay that much for a gi! 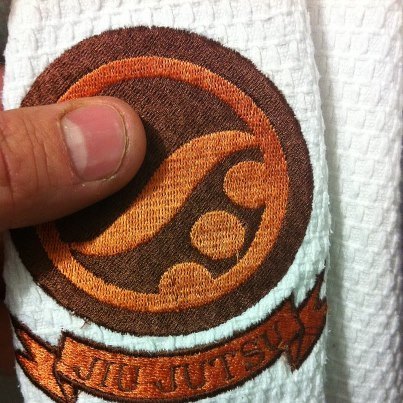 Hopefully this is true I ordered mine about 2 months ago and still haven’t got an email from budovideos saying they’ve arrived or left. First shoyoroll gi I’ve ordered. Hopefully the hype is true.