I recently had the chance to correspond with the one of the owners of Scramble, Matt Benyon (whom we also interviewed for our podcast ages ago). I asked him a few questions about one of his upcoming gis, The Yamato which is being made in Japan.  Without the VAST majority of gis being made in Pakistan (including Scramble) and China, I was curious as to why Matt wanted to change it up for this release.

[UPDATE: This gi is no longer available]

On February 28th, Scramble will be taking pre-orders on a new ‘Made in Japan’ BJJ gi.  What made you want to have a gi produced in Japan?

We wanted to have a gi made in Japan because we feel it's the spiritual home of the jiu jitsu kimono. The Japanese are famous for their high quality manufacturing and attention to detail, and really caring about the final quality of each product. So we wanted to get a gi made in Japan that would reflect that. No crazy over the top designs, no flashy features, just premium standard materials and craftsmanship.

How long have you been working on this project?  What was the most enjoyable part of it so far?

We have been working on this project for over a year, and changed the people we were working with during that process. There are a number of things that slow down the process – obviously communication is one (having every email translated from English to Japanese and vice versa), only being in Japan once a year, and the fact that Japanese gi makers operate very differently to the factories in Pakistan. They have their own way of communicating and operating. The most enjoyable part was probably receiving samples each time. Everything else has take a lot of time and effort. 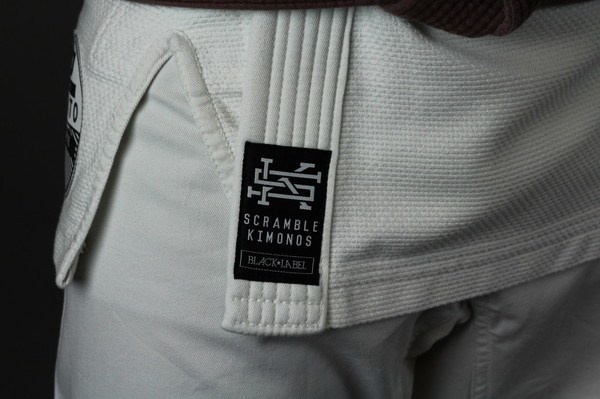 I’ve heard that the cut and price will be similar to the Athlete, but a second version with a number of extras will also be available. Can you tell us more about that?

We're finding that, despite using the size chart we've developed over the years, the gi is coming out at a much more relaxed fit. This is down to the quality of the Japanese cotton. It doesn't warp, shrink or stretch. So I think where the factories in Pakistan have interpreted our measurements, it has ended up with the tailored fit that we wanted, and that people know the Athlete has. There is also the effect of shrinking when washing on the Athlete, a pretty normal process for gis made in Pakistan or China. But I've found the Japanese gi hardly shrinks at all. So, there are some adjustments to be made still. But we will advertise the gi as a slightly looser fit. It just seems to work like that, more of a traditional fit than an ultra modern fit.

The two version of the gi will be as follows. We were inspired by products from other industries, such as the gaming industry. When a new game is released, you can buy just the game, or you can buy a collectors' edition that comes in a presentation box and has something special included in it. These kinds of limited edition items can be very satisfying things to save up for, to buy, and then to own. So we will offer the opportunity to buy only the gi, and then there will be a more exclusive Collector's pack. For this, we've managed to secure a very special hand-made bracelet from Enson Inoue, and another piece of Scramble jewelry, both of which will come packaged with the gi. We'll release full details soon.

Big thanks to Matt for the info!