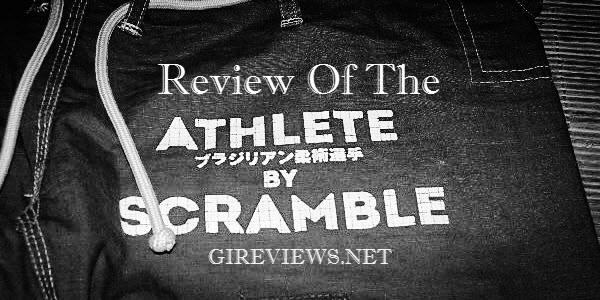 Few things get me quite as excited as a new release from Scramble!

I've been a fan of their gis since the 1chiban and really enjoyed The Wave as well and it looks like their next release is going to be pretty awesome as well.

I first previewed the Scramble Athlete by stalking Oliver Geddes and Matt Benyon and grabbing photos from them. The gi looked great then but looks even better in person. 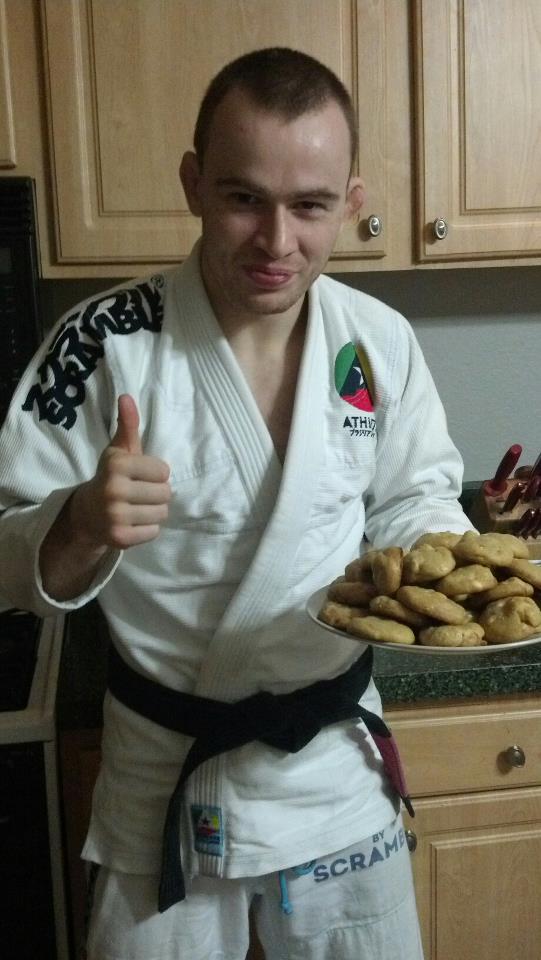 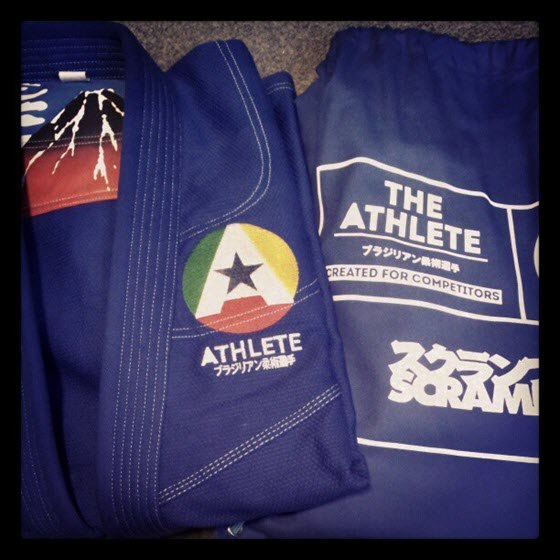 Scramble always prides themselves on bringing something new and different with each offering and I would say they definitely have. With the rashguard lining of the Wave, many people are hesitant to use it for a competition gi, so the Athlete will be perfect for those looking for a cool, lightweight, competition gi.

Below are the photos I compiled while stalking Matt Benyon and Oli Geddes before I received my own Athlete. Click on the gallery images to see larger versions.

Review of Scramble's The Athlete Gi 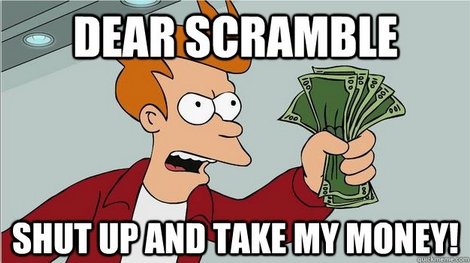 I've been a huge fan of theirs ever since I got my first pair of Scramble purple shorts and now own the Scramble Wave, Urban Camo Spats, and the Scramble Athlete. I'd own the 1chiban too if it weren't for it selling out in my size in 2 minutes! 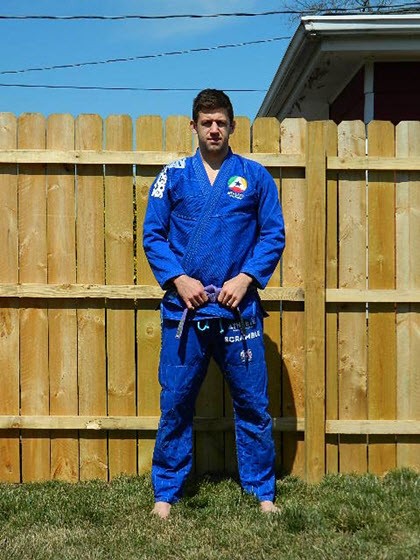 The combined fit, artistic nature, and supreme quality literally make this gi the top gi that I have ever owned. That's saying a lot considering I used to run my own gi brand. But as they say, “game recognizes game” and Scramble continues to impress with this latest offering.

Please note that my gi is more of a prototype fit and that, in order to make sure they are in full compliance with all IBJJF and International gi regulations, Scramble has added a few cm to the sleeve width. 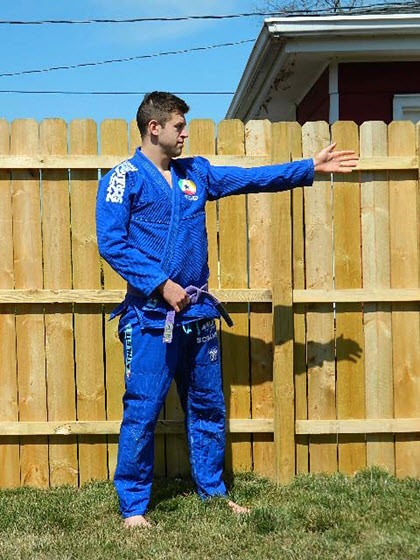 With that said, this is the best-fitting gi that I have ever owned. At 6'1 and 200-210lbs. the Scramble Athlete A3 has surpassed my Ctrl Industries Rook as the best fitting gi I have found for my size. Obviously, this won't be the best-fitting gi for you if you're built differently than I am, but man this thing is freaking awesome. 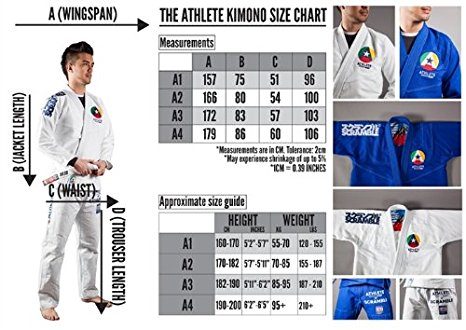 It's hard to describe why the gi fits so well, but the pants are wide enough in the waist to accommodate me at 6'1 and 210lbs, but also narrow enough through the legs to provide a very tailored fit. There is enough room in the legs that, when relaxed, these can pass any gi inspection, but when playing guard or passing guard, it's very difficult for opponents to grip them.

Additionally, the jacket has just enough room in the upper back as to not be tight, but the front of the jacket pulls across my body and fits perfectly.  Although Scramble added a few centimeters to the sleeve width, my version fits brilliantly and I have just enough room for Ezekiel chokes but not so much that I have a wizard sleeve that makes it impossible to pass spider guard. 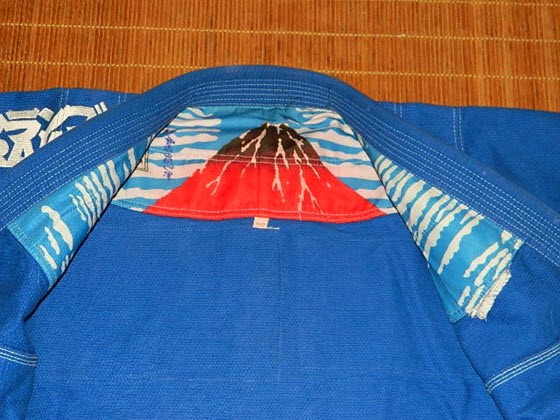 Scramble kept the inside of this gi fairly simple with a cool design on the upper back/shoulder area and patches/seam tape on the lower half of the jacket.  The upper back material is a smooth and soft fabric that is definitely thinner than the lyrca rashguard on my Scramble Wave.  As you can see, it held up very well after a large amount of training.

The tags on the inside of the jacket feature cool slogans and fun tidbits which can always be expected on Scramble gear.  I also particularly like the continuity in the seam tape where the ‘A' logo is featured but used in a totally different way from the main graphic. Very cool. 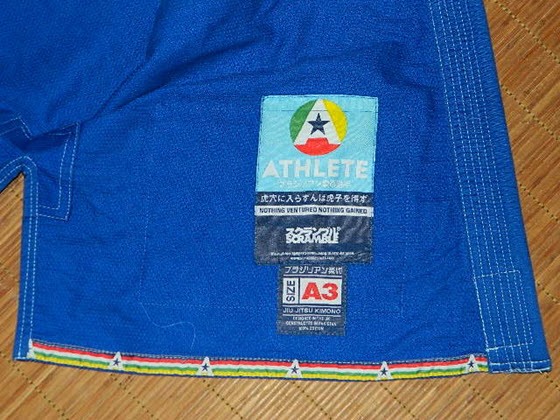 The embroidered ‘A' for athlete looks great on the upper back of the gi. I didn't notice any scratchiness on the inside of the gi and as you can see, it has been up perfectly since I got it. 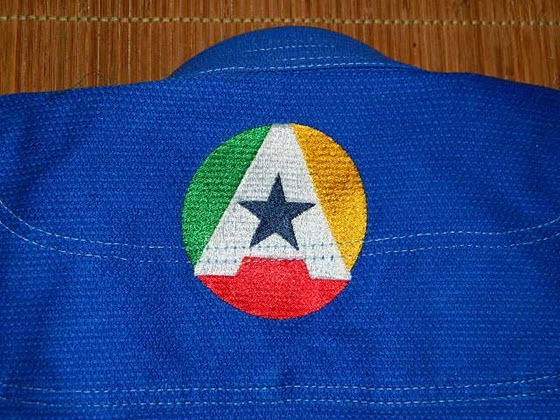 Typography is not difficult to do, but it's really difficult to do well and Scramble always crushes it with their type.  Matt Benyon posts a lot of tinkerings on his Instagram so it's definitely worth following him there.  As you can see, the printing is barely worn off after quite a lot of use and holds up very very well. 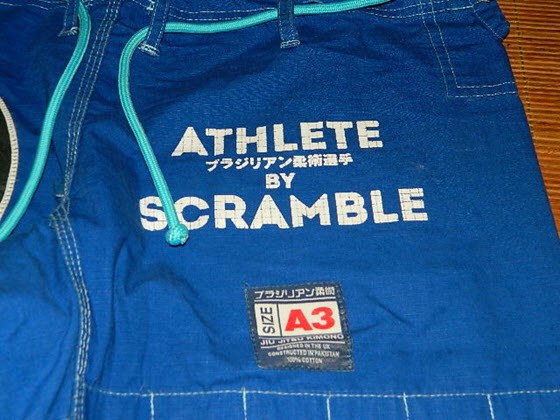 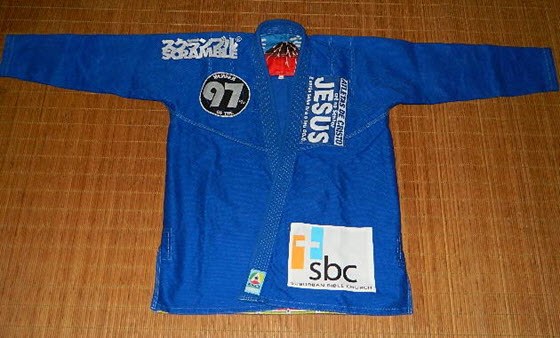 The jacket is easily the best A3 jacket that I've ever worn, outside of the awesome fit and design, Scramble has made a very solid pearl weave jacket that I enjoyed wearing in both hot and cold weather.  This review was done over quite a long period of time with a very significant amount of my training dedicated to wearing it. 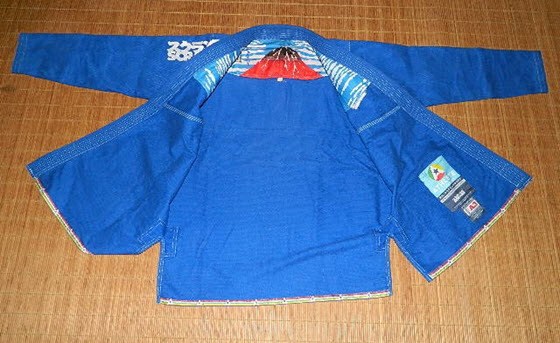 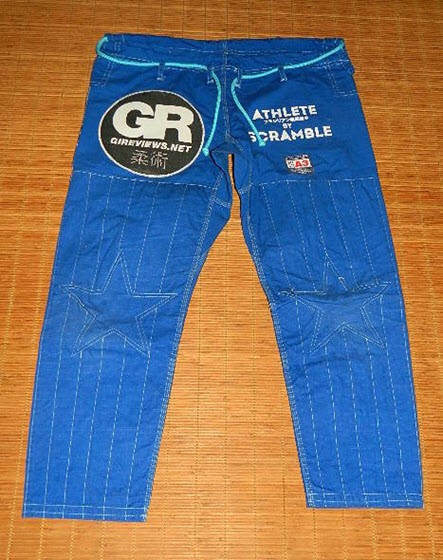 The trousers are spectacular.  Outside of the awesome design, they feature: 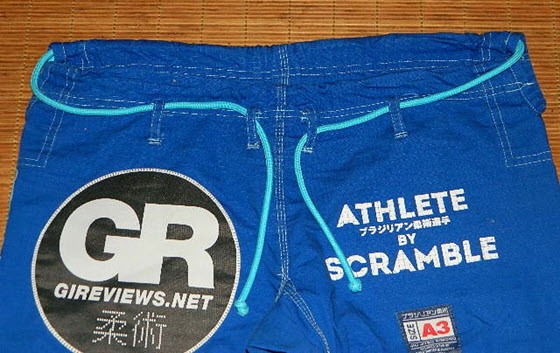 Obviously, since I've patched the gi up and made it my competition gi for major competitions (which I didn't even end up going to), I love rolling in it.  As you can see in all of the photos, it held up wonderfully and, largely because of how it fits me, I really enjoyed rolling in it and my partners hated it. 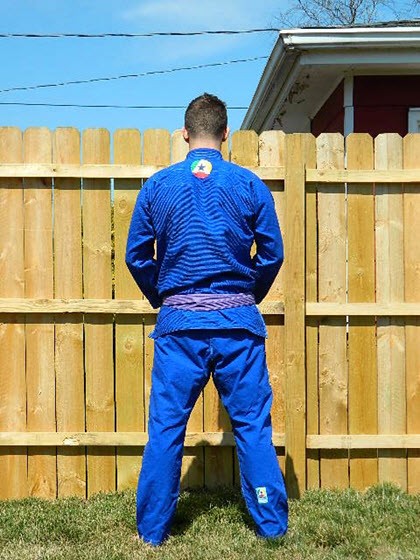 (Not sure why my camera decided to add a weird effect to the jacket!)

I own my own brand and could easily choose to only wear my own gis in competition, so I hope it's not lost on anybody how significant it is that I choose to patch up and wear the Scramble Athlete gi and put it into my regular rotation. (UPDATE, 2016: I have stopped producing and selling my gi brand, but I was still doing so when this review was written in 2013).

The combination of fit, design, and quality really put it far above so many other gis out there.  And for $15-$20 cheaper than what some companies would charge for this, I think Scramble really wins here.

I leave you with a fantastic technique and mixtape video from Scramble featuring Daisuke Nakamura and the Scramble Athlete gi!

Scramble is a really cool company based out of England.  Their owner, Matt, and co-owner, Ben, are pretty awesome and accesible guys.  If you contact them via twitter and facebook, they'll get right back to you (this is from personal experience).

Matt lived in Japan for a number of years (awesome documentary on that here) and you can see the heavy Japanese influence in their designs.

On their site, Scramble mentions that, as a small company, they care about every single one of their customers.  I have found this to be true in every sense.  I love my scramble bjj gear and would definitely recommend it to others.