I originally bought this gi after finding it on Amazon.com when I was brand new to the BJJ world and had no idea what I was looking for in a gi. The black gi had 5/5 stars and about 4 reviews that were all pretty positive, plus it was under $100 even after shipping.

The other colors also had reviews, which I read and decided that the overwhelming majority of customers were happy with their purchase. I decided to go ahead and order it. It was on my front doorstep the day after without having to pay for express shipping. 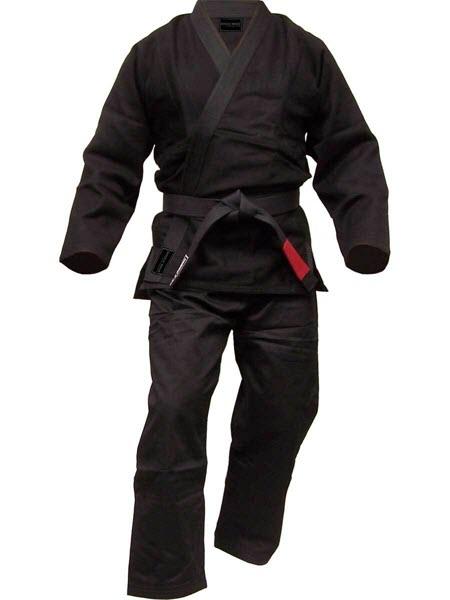 Inside the box was a handwritten letter from Piranha Gear wishing me well with my new gi and a detailed instruction book on how to care for my new gi. It went above and beyond in terms of information and let me know how to get certain stains out, how to ‘lock in’ the color of my gi, and how to avoid damaging my gi in the washer among other things.

One thing I truly loved about the gi within moments of putting it on was the elastic waistband with a drawstring (like most athletic shorts). I was hesitant at first to order something not the norm for my first gi, it was a brilliant decision. The belt was a bit flimsy compared to other belts I’ve handled, but it was free with purchase and I’ve had no problems with it.

Check out these cool deals on BJJ gis at MMA Overload

Because I was just on the line between A1 and A2 sizes, I chose to go with the A2 and it was obviously on the large side. The pants had to be shrunk in order for me to be able to walk without stepping on fabric and tripping.

Before trying to wear it in class that night, I threw it in the washer and dryer, set to the hottest setting. After the first drying cycle, the pants had shrunk by about an inch and a half or so. The jacket was almost unchanged, though the sleeves were about a quarter inch shorter. After that, I tried to avoid any dryer time, always washing my gi then hanging it to dry. Any time I’ve put it in the dryer, it has remained unchanged unless I had to put it on a higher temperature than air only. 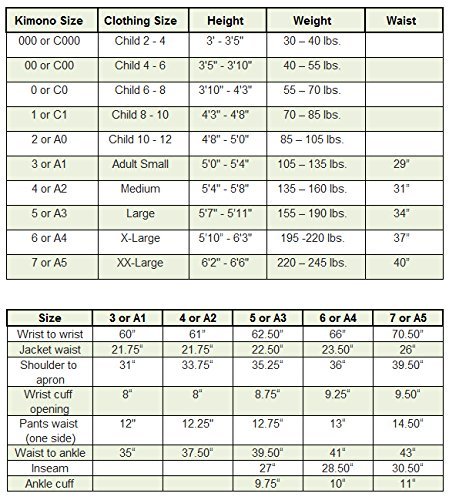 While the shrinkage hasn’t been extreme in any way, it does fit me comfortably now. Compared to other gis, the jacket is lighter as are the pants. There have been absolutely no performance issues though.

The appearance of the gi is very, very plain. There is one Shock Wave patch on the very bottom of the gi lapel and that is all. There is no embroidery along the hems or contrast stitching of any kind. The color (black) is even and hasn’t faded in all of its many washes.

I have yet to attempt to put any patches of my own on it, but I see no obvious reasons it would be difficult to do so. This is not a gi for someone looking for something flashy and unique, it is a gi for someone who wants a plain, basic gi that they can customize or leave alone.

The jacket is lightweight, which is expected from a single weave, but is even lighter than any other jacket I’ve tried on. While this makes the gi much more maneuverable for both my partners and myself, it's also very strong.

There has been no popping sounds in the middle of rolls, no tears, no loose threads of any kind. The downside to the gi is that even after two months of washing it at least once a day, it was still leaving little fuzzies everywhere. The problem eventually resolved itself after some time. 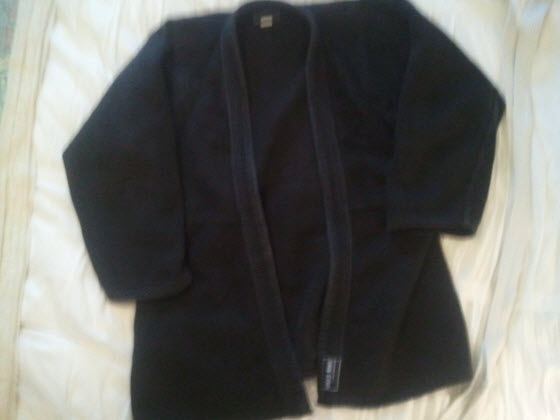 The jacket stays relatively cool throughout rolls and stays dry as well. The sleeves seem to have a little bit of a wider opening than other gis (though not significant, it takes a while of comparing to notice), but this was mostly a non issue. The measurements on the gi (after washing/using) are as follows:

As was mentioned earlier, the pants are unique as far as I know. I have yet to meet another who has an elastic waistband, but after a class there’s always the “I wish my pants had that!” comments. I have worn traditional-style pants and noticed that I had a lot of issues with the pants becoming too loose in the middle of class and having to take time and retie them. Or tying them too tightly to prevent that and having the ropes cut into my skin. I’ve had neither of these issues with the elastic waistband. They’re easy to get on and stay put until you take them off. 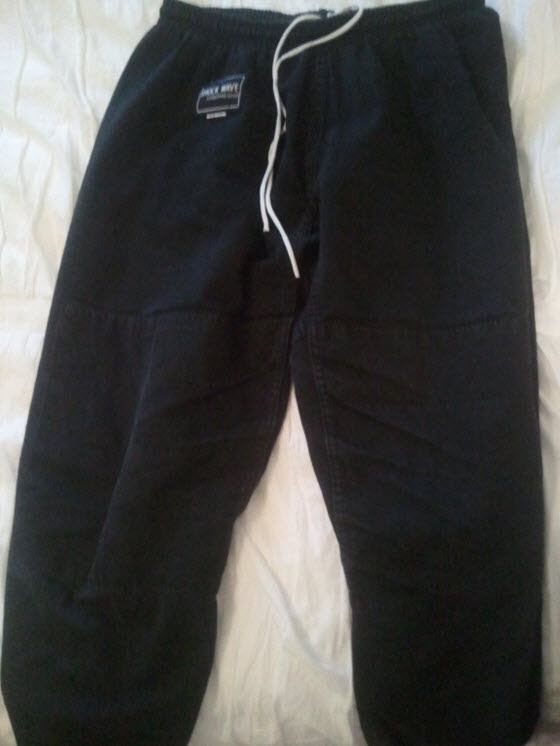 They are cotton material, not ripstop. They breathe well and have never been damp after class from sweat, even on the hardest days.

There are knee reinforcements, but they are difficult to see in the pictures due to the black on black stitching. I’ve had no issues with stitches popping or tears appearing. The inside seam on the elastic waistband is sewn a bit off so the white elastic is showing, but other than the cosmetics, there are no flaws in the pants after ~3 months of hard training. For those wary of the elastic band, there is a traditional style available as well. 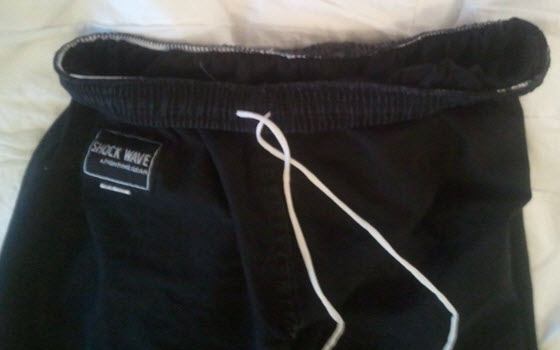 Through three months of between 10-15 hours a week of training and rolling, there hasn’t been a single issue. It has the strength to take a beating, get thrown in the washer, and take another beating later that day. It is a bit easier than other gis to get a hold of and grip tightly.

While I wouldn’t use this as a competition gi, I do use it every single day I train and it works perfectly. When I need a new gi for everyday use, I do plan on getting another Shock Wave. The gi is awesome and the company provides excellent customer service.

Disclosure: This gi was purchased by myself, for myself, with absolutely no knowledge as to what I was looking for (first gi).