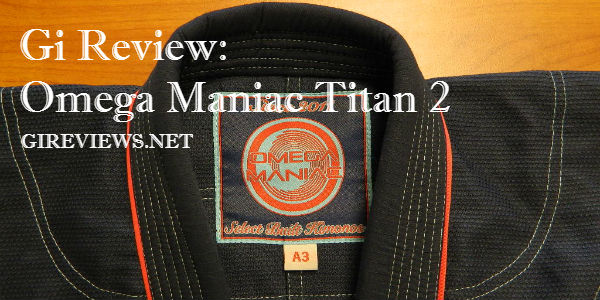 The Omega Maniac Titan 2 is a pretty solid navy blue gi that is one of the best looking on the market.  If you’re looking for a semi-lightweight gi, that looks good, it’s a great option.

The Titan 2 is the second gi from Omega Maniac.  It was produced in limited numbers and sold either with free shipping or a really nice limited edition Titan 2 New Era cap.  Sadly, I’m too stupid to give them the correct size, so my hat arrived a bit too large, but it still looks pretty cool.

The jacket fit alright at first, but it was a bit big in the sleeves and the back.  At 6’1” and 205(ish!), I normally like gis with longer sleeves and a big back.  I shrunk it just a bit and it fit perfectly.

The pants have a good length, but are a bit tight in the hips. I noticed this after doing kettlebell swings after class and it was difficult to go into a very deep squat with them.  This was the only time I noticed this. 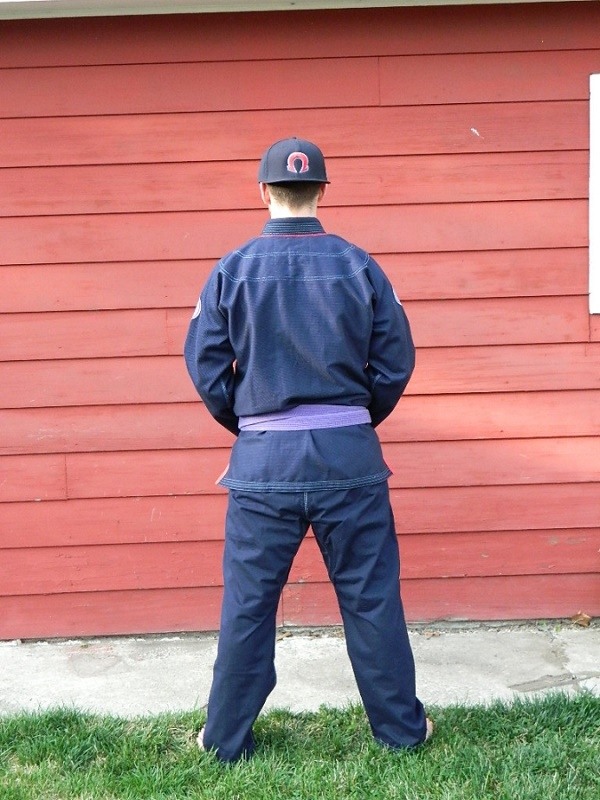 The pants have a very large waist and will accommodate a person much larger than myself.  At first, it was difficult to pull the pants tight, but after a few washes it was very easy to keep it tight.

As you can see in this video, the details of this gi are stunning.  It really doesn’t do it justice, but my favorite features are: 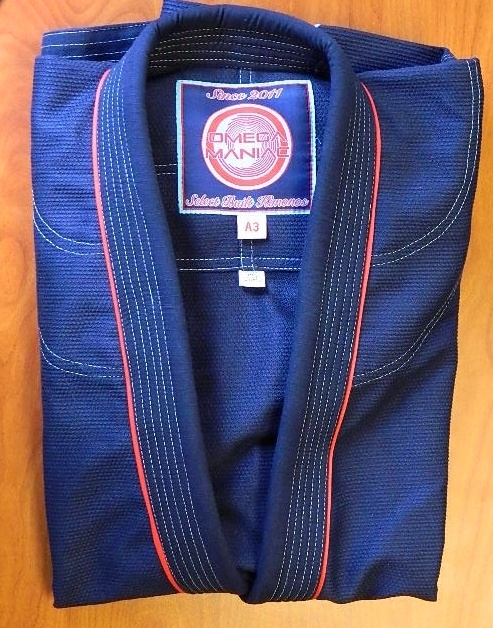 The 450 gram pearl weave jacket is probably my favorite part of the gi.

Out of the bag, it was a bit larger than my CTRL Rook, but after some shrinking it fit perfectly.  The skirt is definitely shorter than my Grab and Pull and my Kingz 550 and is great for competition and training.  The seam tape wasn’t scratchy, at all.

The 12oz ripstop pants have a very large waist and a fully interior drawstring.  They also have one of the better stretchy ropes I’ve encountered (similar to the CTRL Rook and Terere gi).

The crotch is made of pearl weave and so are the inserts in the knees, which makes rolling in them a bit more comfortable and they will likely last a long time.

Again, the seam tape wasn’t scratchy and my partners noted it made it a bit difficult to grab the bottom of my pants (bonus!).

Shop for the best lightweight BJJ gis on Amazon

Once I shrank the gi down just a bit, rolling in it was a blast.  The pants stayed up very well and the sleeve length was great.  I really liked the thickness of the collar and despite it being one of the prettiest gis that I own (yes, I said pretty), it held up like a suit of armor.

My wife actually said that it's one of the best looking gis that I own.  That means a lot coming from somebody who is sick of having them all over the basement (my 15+ gis and another 100+ from Gi Drive).

It’s a total bummer that this was a one-off gi because I feel that if it was made by a larger brand like Shoyoroll or something, it would have sold at an insane rate.

If you compare it to Storm, who has done similar things with the lapel cloth and whatnot, this gi could easily be sold at the $200+ range and be touted as a ‘premium' kimonos.  Because it is.

This is a first rate gi and is really a surprise from such a young company.  I really look forward to their next offering!

Omega Maniac closed out about a year ago. But here's a list of semi-lightweight pearl weave gis, here are a few suggestions: