I’m standing in sweaty spats and a rashguard on the mats with my good friends Ed and Jeff on June 19, 2016. It wasn’t my first day, but I’d only been training for a few weeks up to that point and I had no idea what I was doing. I never thought I’d compete, and was certain I’d never see a stripe. Cut to four years, a journalism career and a belt later, I think it’s a good time to reflect on how I’ve grown and what lead me here to begin with.

My first run in with BJJ came years before I’d actually try it as a high school junior. I was prepping for cross country practice when a friend of mine informed me that a football player named Taylor Chavez was going to try kidnapping me by shoving me into his trunk. I laughed it off as many would and got back to stretching.

Minutes later I was running to the locker room being chased by a guy I’d barley spoken too in three years. He quickly caught me and started dragging me through the grass to his open trunk. I flailed and kicked his legs, but his grips on my ankles kept me from getting away. I started the panic like never before, I was small and never experienced a real fight before. Taylor was a big guy, and clearly not really my buddy in the moment. Just before I got to the trunk, I felt the grips let go and heard someone fall.

I got up to see my running coach Ed Berberich (Purple belt at the time) in back mount applying a rear naked choke trying to pop this asshole’s head clean off. Before Taylor fully died or released his bowels in front of a bunch of other students, Ed let the choke go and the would-be kidnapper stormed of uttering a few choice “Fa**ts” at the two of us. Before I could even thank him, Ed grabbed me and in a frantic tone said:

He was, and everything was fine.

I finished up high school focusing on my studies, but always wanting to eventually practice that mysterious art that helped me out of a jam. I finally found the time in the summer of 2016, going under Ed’s tutelage and quickly realizing how hard this shit was. I was sure it’d be a quick fling.

I’m now four years deep, it’s my primary means of income and my knees hurt. In that time I’ve actually had to defend myself, learned to make lifelong friends, and cannot imagine myself doing anything else for as long as I have breath in my body. It is a supremely tough sport, it will make you feel terrible and weak more times than you can count. But one thing I will emphatically say is that the worst days on the mats are nothing to how cruel life can be when you attack it unprepared.

So if you’re reading this with a thought that you might start BJJ someday, make that day this week, or tomorrow, or preferably today. Because after learning how life feels once you get it even a tiny bit, I can tell you that it’s worth the effort every time.

PrevPreviousTop 5 Concepts for the BJJ Beginner
Next2021 Guide: How to Wash and Shrink Your BJJ Gi 101Next 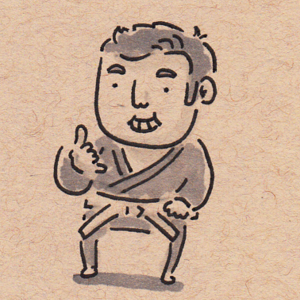