This edition of our Interview Series features Seymour Yang.

It's been my absolutely pleasure to have had him on board with my brand, Ok! Kimonos, from the beginning.  So, obviously, I think it goes without saying how much I think of him if I'm willing to pay him to create (and continue to create!) so much amazing art for my brand.

Show your support for Meerkatsu — shop for their products at Amazon! 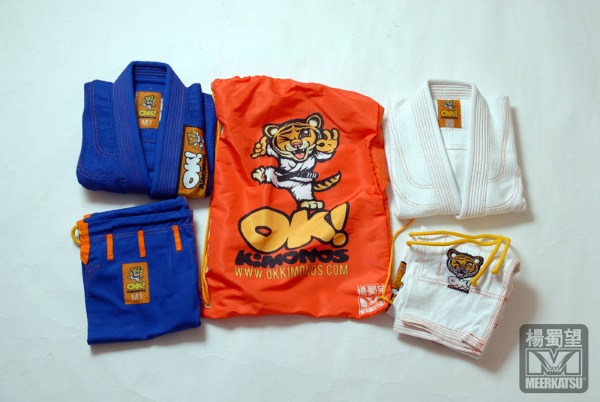 You can find him blogging, reviewing gis, and sharing really cool articles and seminar reviews over here.

Do NOT miss out on his latest offering, the white Heavenly Kimono, which you can read our official review of here.

Without further ado, here is one of the most random and fun interviews you'll find with Seymour Yang, the man/myth/legend/artist behind Meerkatsu. 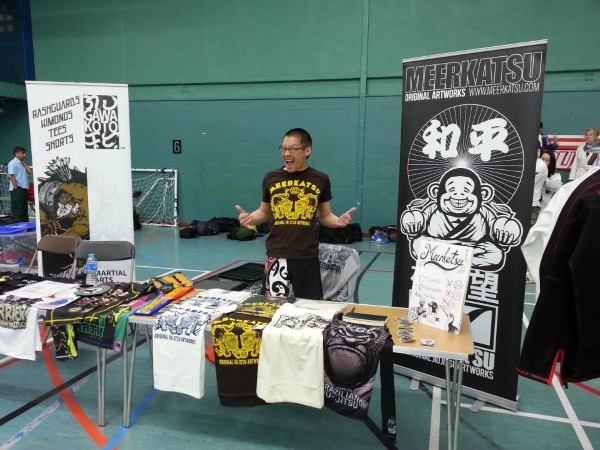 In ten words (or less), give us a summary of Meerkatsu:

Illustrating the fun and essence of jiu jitsu. 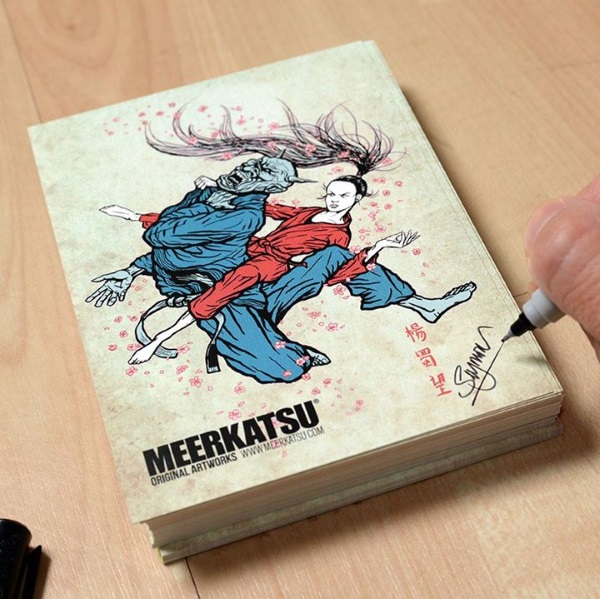 Find your favorite BJJ gi from Meerkatsu at Amazon

Food, I love my dim sum. Photography, art, music, films, usual stuff really. I'm not as geeky or nerdy about popular culture as I used to be, I save my geekiness for fightwear reviews! 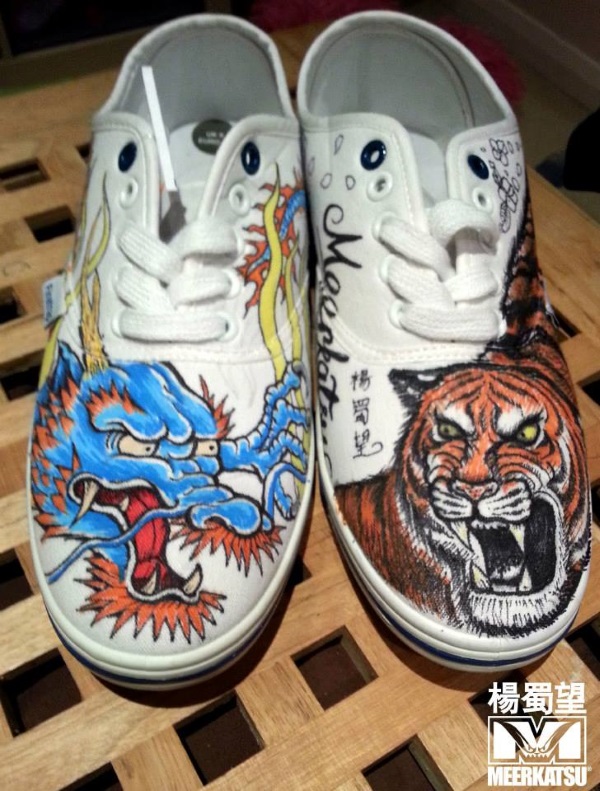 I often invent bed time stories for my kids each night. And every time I think man, that would make an epic screenplay. But then I forget the entire plot by the next day. Oh well. But yeah, once of my epic bed time stories.

Collaborating with in terms of art and design? Not really. The artists I admire are all rather too amazingly talented that their contributions would out shine my own paltry efforts so I like to work alone. lol 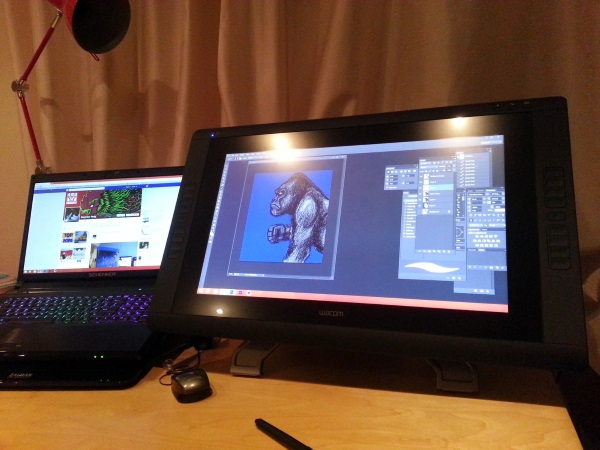 My car. No seriously, the house is too crazy noisy with the kids running around so sometimes before or after BJJ training, I'll just sit in my car for 15 minutes and day dream. I day dream on the bus to work as well. Um and probably at work too. But don't tell the boss! 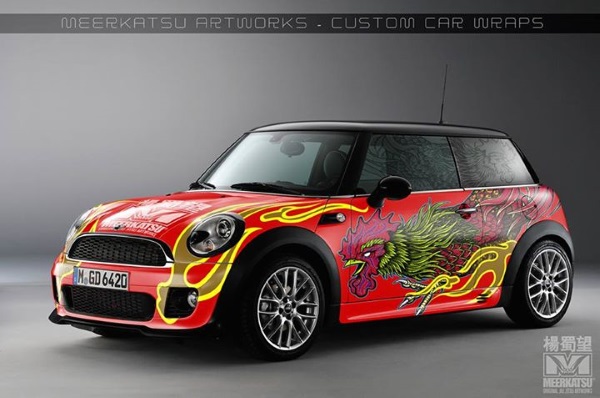 He would think man that is some geeky looking old guy. But I guess he would also think, ooh, I'd like to be known for my drawings by lots of people like him…which actually was what I wanted when I was 16 – to be appreciated for my artwork. Mind you, at 16, my art was rubbish, I haven't improved that much since 16, but I have less of an ego about it compared to my hormone driven chip on shoulder teen self haha. 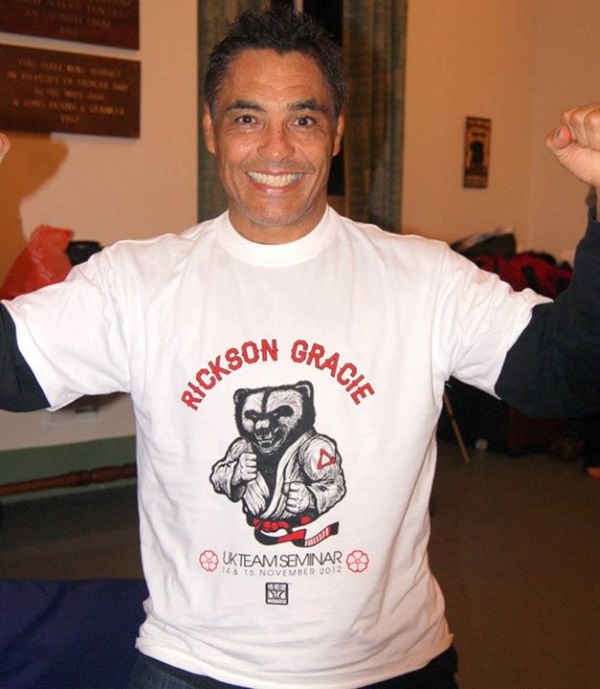 I don't think you can top Andre Galvao, The Undertaker, nor Rickson Gracie but one person who I would really love to rock my gear, but has so far remained elusive is Roger Gracie. 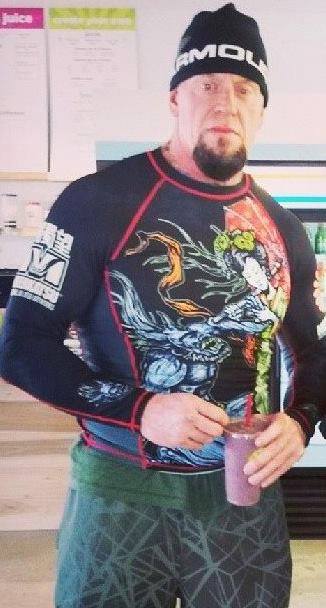 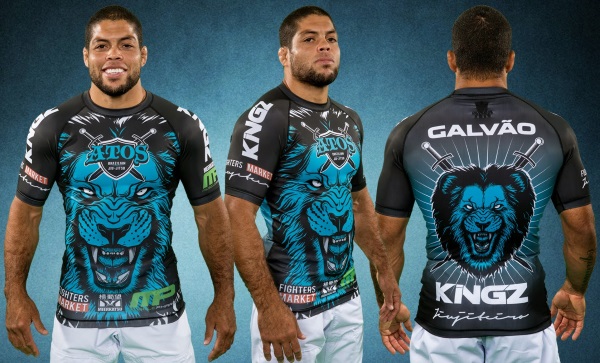 Albums? It would have to mine my collections of 80's soft metal. So top of my list is Whitesnake 1987. I was a naiive University student nurtured on chart music and nothing else. I walked into my friend's dorms and he was blasting Whitesnake at full volume! It was love at first listen (to the music, not my mate, though he did have long hair, ahem). Various albums from that genre would compete for the second slot: AC/DC Back in Black, Meat Loaf Bat out of Hell, Def Leppard Hysteria…so many to choose from but one of those three for my second choice. Moving ahead into the next decade, I consider Reading, Writing, Arithmetic by The Sundays to be one of the most hauntingly beautiful records ever made. I get goosebumps listening to it now. My music listening pretty much stopped after 1990 lol.

Although I review a billion gis, I'm not really collector of gis. Unless it is outstandingly well fitting, I always give my review gos away after I am done with them. Can I be really really sad and say the only thinkg I am obsessed with collecting is at least one of everything I have designed? Mainly the freelance work that I do.

I mean, you know you are obsessed when you look back on your collection and instead of marvelling at what you already have, instead you go nuts thinking about the ones that got away. The ones that a client perhaps never got round to sending you or it got ‘lost' in the post. So yeah, my own designs for other people are what I obsess about. Man I'm so sad! 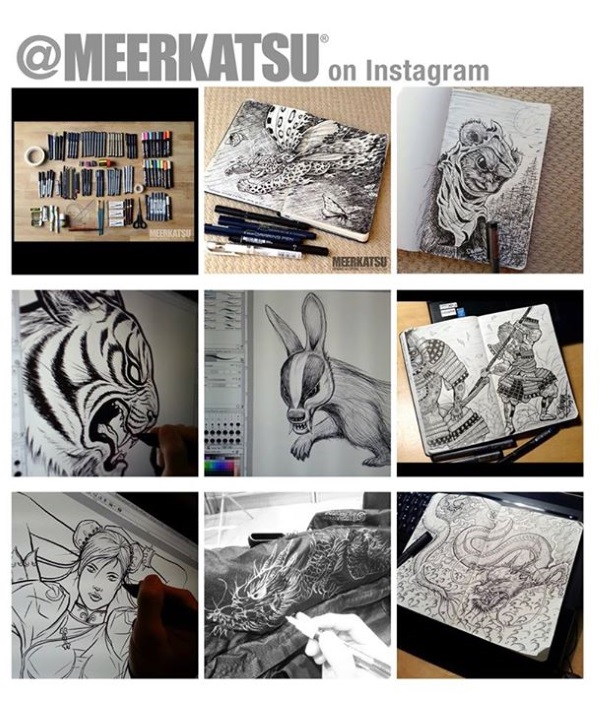 Senility, arthritis, macular degeneration, incontinence. But hopefully, just before all that hits me, I will have got out a body of work that my kids and their kids will hopefully observe and cherish with a little pride. I hope. 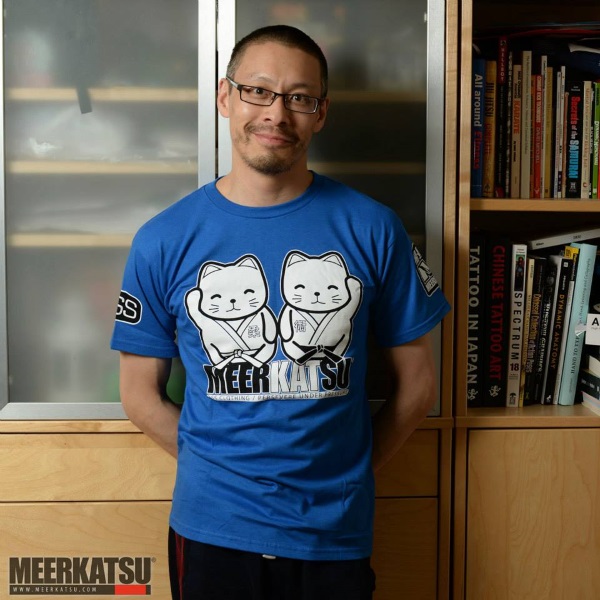 Again, you DO NOT miss out on his latest offering, the white Heavenly Kimono, which you can pick up by clicking here to buy the latest Meerkatsu merchandise (check back often as new discounts and sales get posted).

Get your own Meerkatsu Heavenly Wristlock Rash Guard at Amazon!