To be honest, I wasn't sure how to feel when I first heard about War Tribe.

I heard they had a gi with Kevlar in it.

Like the stuff police use to defend against bullets and stuff?

Get your War Tribe Gi Kevlar from Amazon 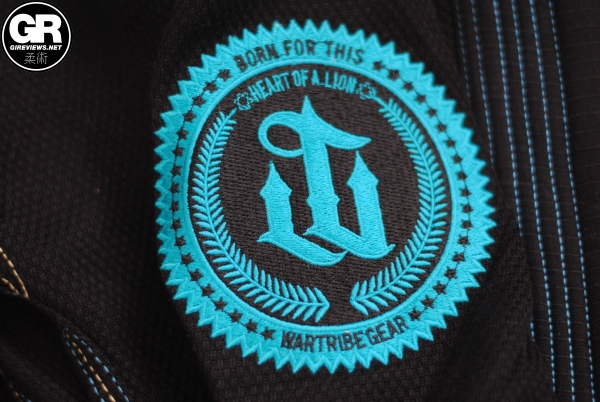 War Tribe was definitely a surprise for me.

They came out of the gate with a high quality gi and did everything right in terms of what I look for in a gi.

I don't love all of the aesthetic, but the embroidery is exceptionally high quality (see photo above) and the gi held up VERY well during training.

While the entire gi isn't made of kevlar, the kevlar reinforcements will definitely be valuable if you're wearing this gi over years (or decades!)

I really wanted to test this gi out so I wore it over the course of a FULL YEAR before writing this review.

Compared to a few of my other gis that fit me really well, Scramble Athlete, Meerkatsu Heavenly gi, the War Tribe gi measures up VERY well.

I'm walking around about 15lbs (okay, 20) heavier than normal but this gi fit fantastic. War Tribe said their A3 would fit me well and I'd say that is totally accurate.  The sleeves are on the wider end of spectrum, comparable to my Manto X gi, but not as tailored as my Tatami Zero G (only by 0.5″, but enough to notice).  Honestly, I'd say the 7″ mark makes it great for ezekiels (which I love), but you trade that off for added grips from opponents and training partners. 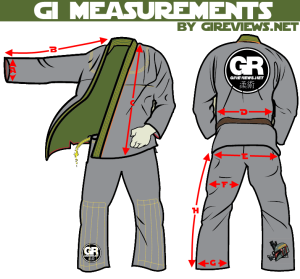 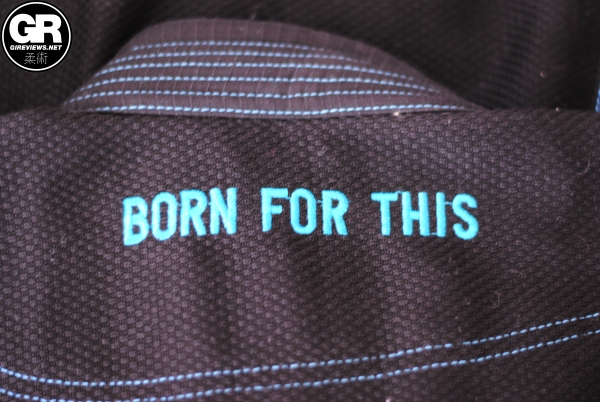 I love the design of it.  The bright blue on black makes for a fantastic gi.  It looks great on the War Tribe gi and my Tatami Zero G. I really like the crest they've used throughout and the design is actually pretty minimal despite it being fairly loud for a black gi.  The yellow (kevlar?) stitching on it really makes a nice distinction as well.

I wanted to quickly touch on the Kevlar.

The reinforced Kevlar padding is found throughout the gi (it's the yellow cloth seen in the photos) and I also believe the yellow stitching to be Kevlar as well.

While I can't say it's unnecessary on a BJJ gi, I do think it's really cool and all of the areas reinforced by Kevlar held true throughout the very long testing time.

But then again, so did areas reinforced by regular fabric and stitching. So take it for what it's worth!

Browse through even more BJJ gis from War Tribe at Amazon 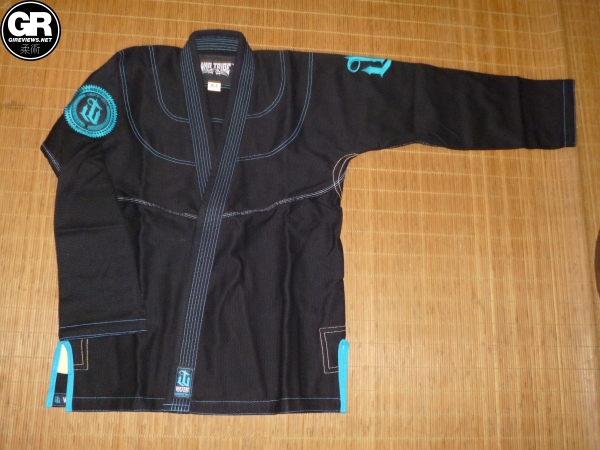 The Honey Comb weave jacket (gsm not given but I would guess it to be around 450gsm), on the War Tribe gi is fantastic.

While not possessing a very firm collar, the War Tribe jacket's collar is thick and durable.

The gi has light blue side vents and kevlar reinforcements in the armpits and along the side vents. Additional Kevlar stitching is found on the underside of the arms.

Additionally, as mentioned above, the competition cut of the gi is fantastic.  I think it's a brilliant cut for an A3. 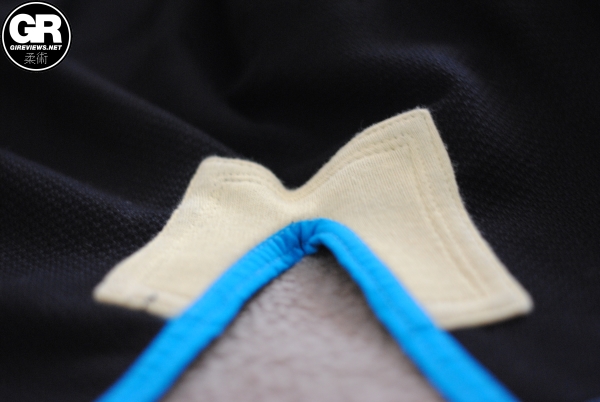 I had no issues with the width of the sleeves when going for my favorite loops chokes and ezekiel chokes. 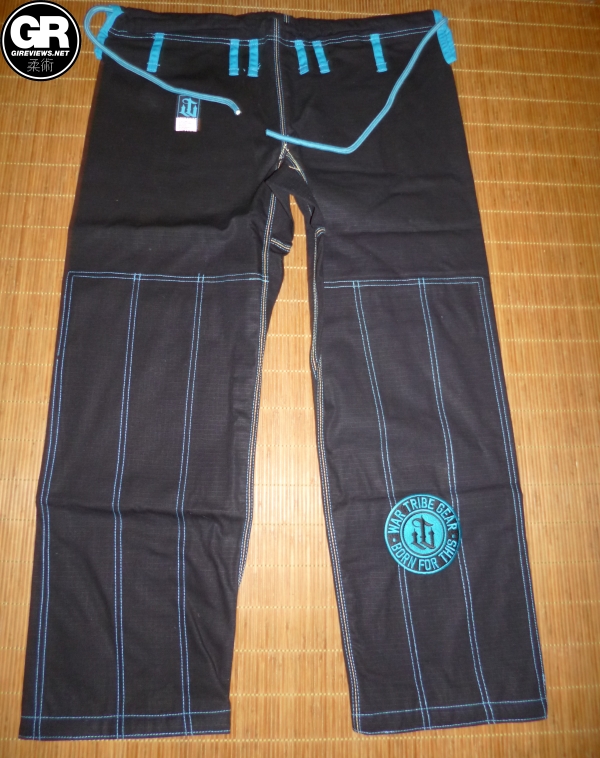 Like I said above, this gi does everything right: 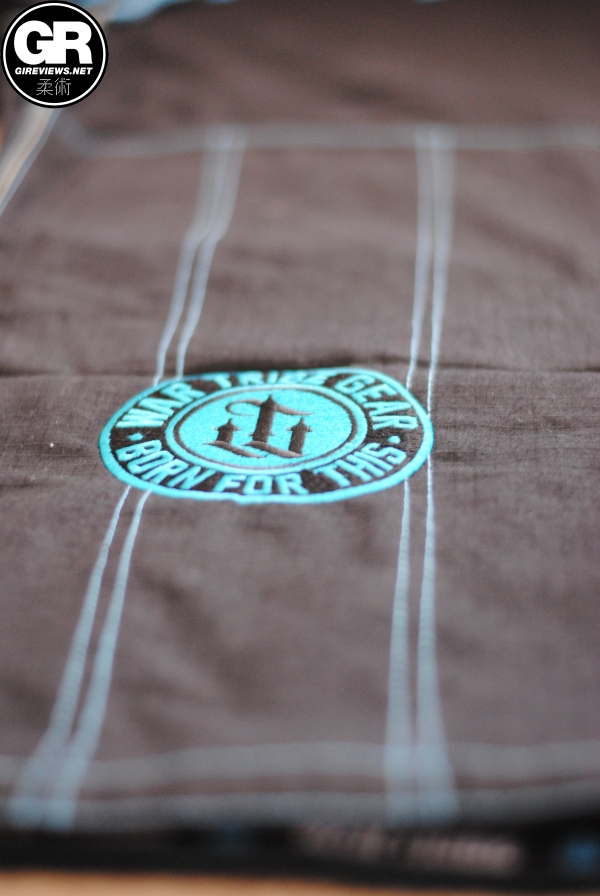 This gi was a pleasure to roll in.  The great competition cut, along with the high quality lapel, made it really easy to train in and I saw no issues with the gi over the course of the review (1 year). 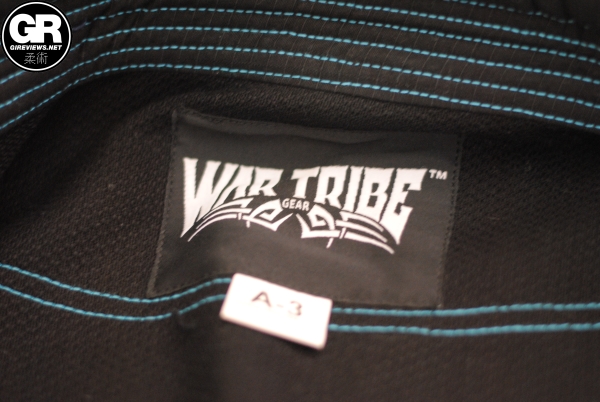 This gi easily competes with some of my other favorite gis in terms of quality and construction.  What makes it difficult for the average consumer is the price point.  At $210 for the black version being reviewed, it's not a cheap gi.

Very few other high-quality gis are available at a cheaper price so I think you definitely get what you pay for the the War Tribe Kevlar gi. (Note: War Tribe does sell a Kevlar reinforced gi at the $170 price point which is very reasonable for the quality). 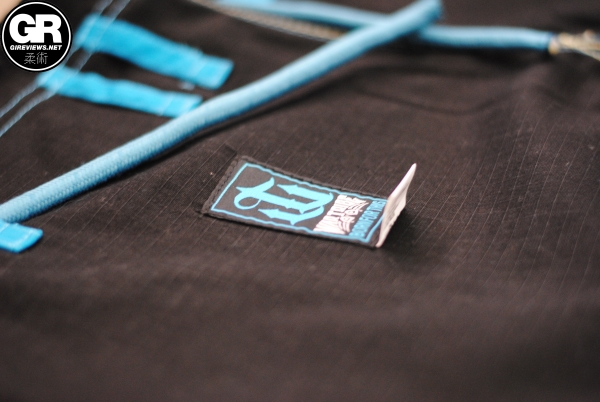 I get a lot of review inquiries for startup BJJ brands and most of them are a hot mess and since I'd never heard of War Tribe, I had no idea what to expect.  I reached out to them to ask some questions about the gi, ended up getting one, and I was sincerely blown away when I wore the gi and would definitely recommend it to others.

Having worn it for nearly an entire year of training, I can say it holds up great and is worth the price.

Do you own a War Tribe gi?  Leave a review in the comments below!!!