A newer addition to the ever growing offering of gear companies, Furacao Grappling Gear produces their no gi gear in Europe, eschewing the norm of production in Asia.  How does a Furacao rash guard stack up to its competition?

Find your favourite rashguards from Amazon

This rash guard was submitted to me free of charge (by way of gireviews.net) for review.  I have never done any work with or for Furacao Grappling Gear but am friends and teammates with the company’s owner, Andriy Boechko. 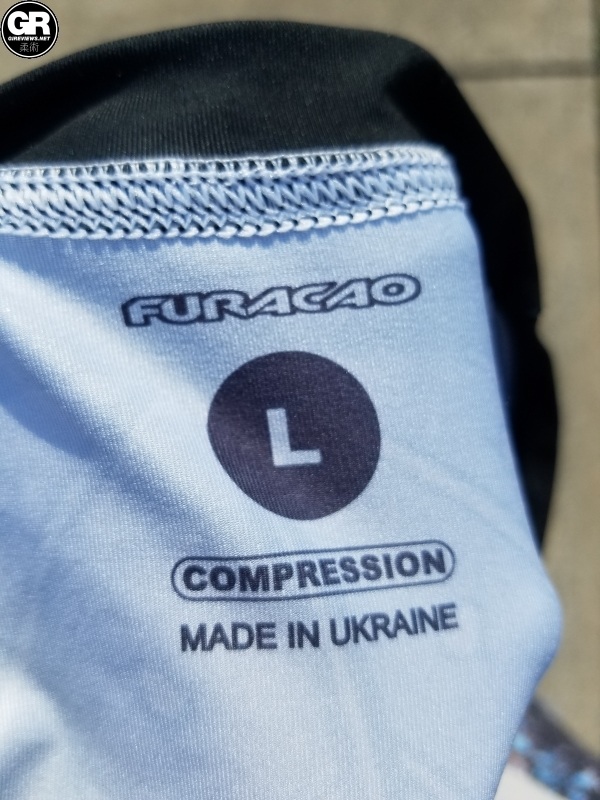 Furacao has been around for a few years, mostly producing small batches of gis including customs around the greater Cleveland area.  When the company’s owner Andriy told me that he was coming out with a line of rash guards made in the Ukraine it piqued my interest.  Would this fabric really be different from other rash guards I had worn?  Would the fit be comparable? 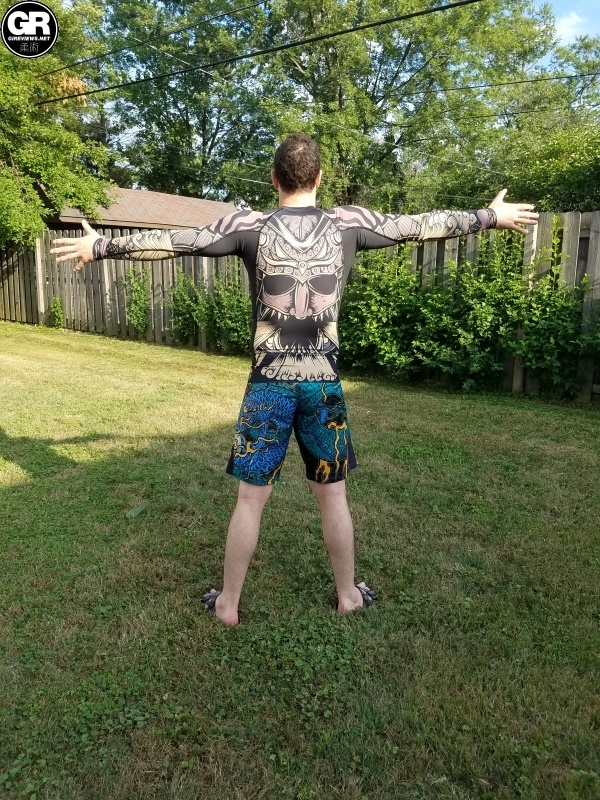 The fit of this rash guard was interesting.  It was long, actually really long.  And tight, really tight. 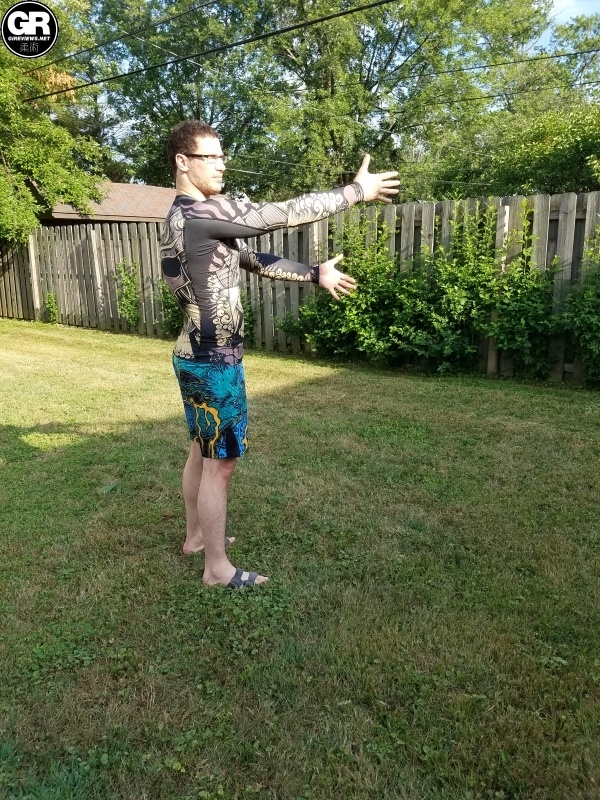 The tightness was interesting.  Squeezing into the rash guard was difficult, but once in it, it was very comfortable.  I found that the sleeves were tight on my forearms which gave it a nice compressive feel.

Shop for rashguards at Amazon

I found that the fit as a whole was good, but very different from what I’m used to.  The rash guard never restricted movement at all, and never felt uncomfortable, more like a second skin fitting very close and tight. 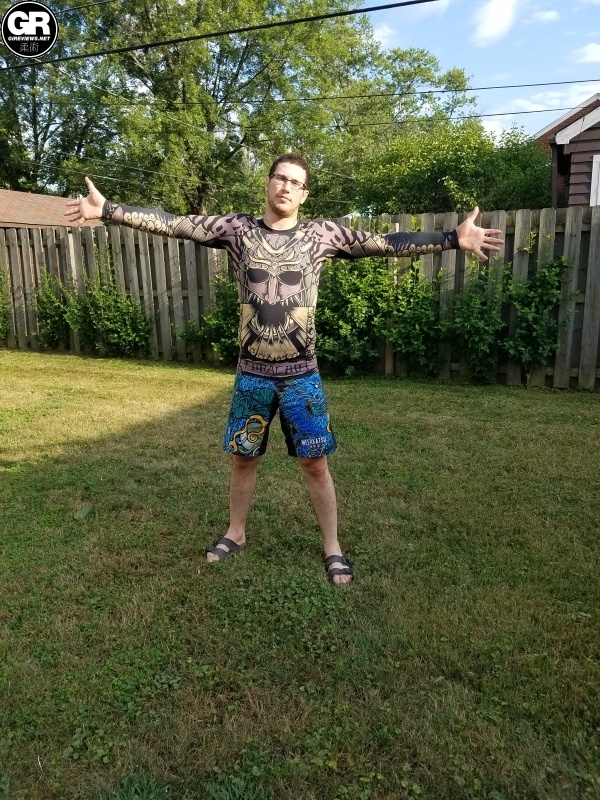 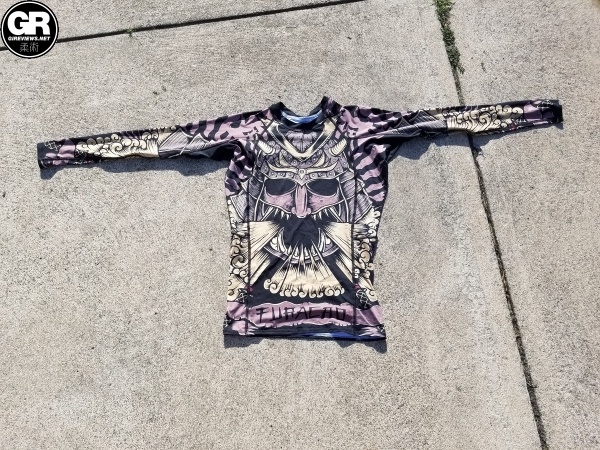 Furacao hired an independent artist to draw this design which is sublimated onto the rash guard.  It’s supposed to be a samurai, but has a super interesting look to it I’d say looks like it has Viking motifs, so a Viking samurai? 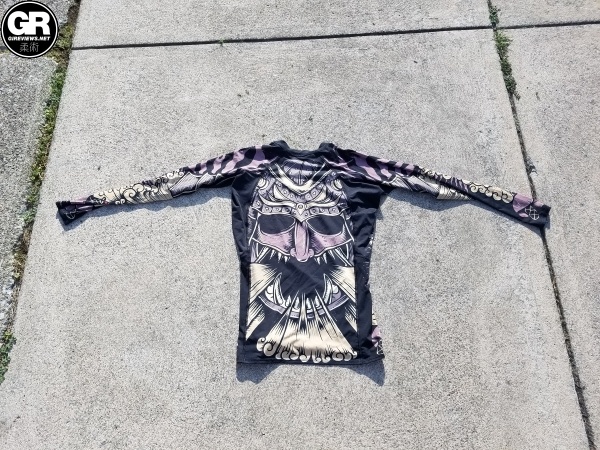 I’ve personally never seen artwork quite like this on a rash guard.  On the sleeves there’s a design that starts out looking like Tiger stripes but turns into what looks like waves or clouds down the forearms.  The design seems to depict a samurai blowing smoke out of its mouth forming these clouds.

Check out the great range of BJJ gear at Furacao Apparel 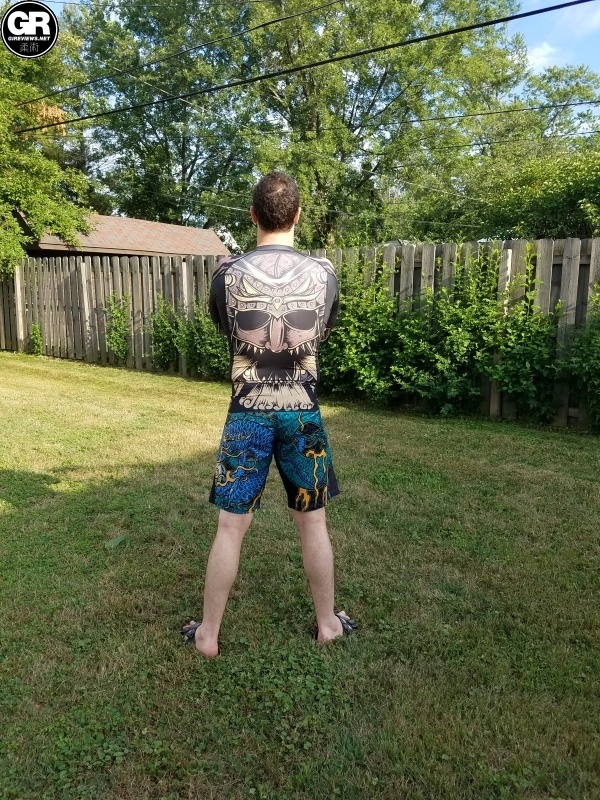 I liked the brown and beige colour scheme, and if I were looking for a brown ranked rash guard I’d definitely consider this as an option.

The fabric of the rash guard was a bit thinner and more rubbery than most rash guard material.  It wicked sweat like a normal rash guard.  I found that the fabric didn’t pill much under the gi.  I found the stitch quality to be superb. 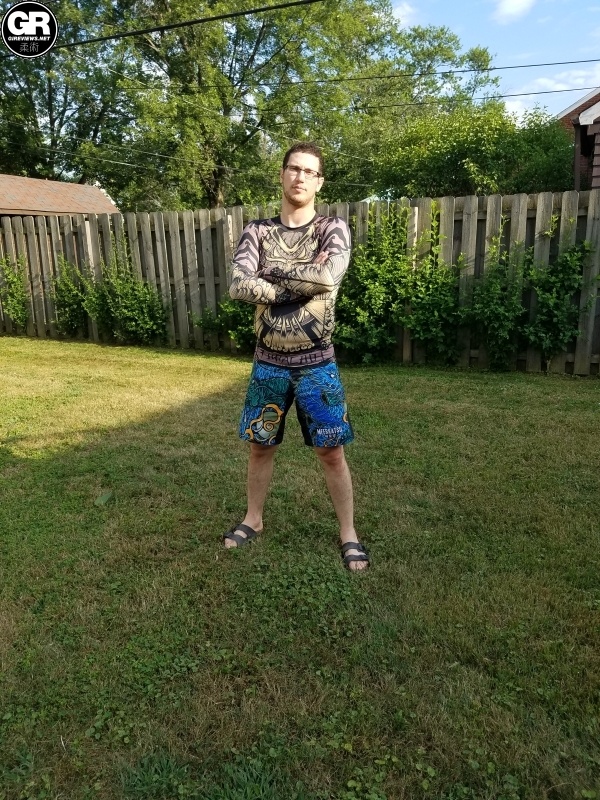 I didn’t notice anything special about rolling in the rash guard but the compression fit felt good on my forearms.  Definitely a product I’d recommend both for no gi grappling and wearing under the gi as the thinness and moisture wicking made it comfortable even on hot days.

Furacao provides a unique product unlike anything else I’ve seen on the market.  Check them out at https://furacaoapparel.com/.