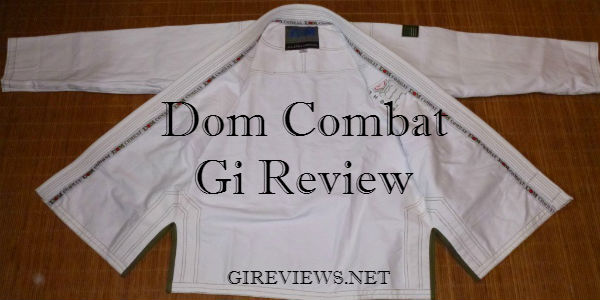 I exhort you also to take part in the great combat,

which is the combat of life,

and greater than every other earthly conflict.

The DOM Combat gi is a fantastic sport-oriented gi with a fantastic competition cut and a patriotic theme. It would be excellent for a competition gi and training gi, but the cut may not suit everybody.

One of the first experiences that I had with DOM was with the DMX V gi, which I reviewed here.  The DMX had a great cut in the pants, but the pants threads ripped easily and the jacket was absolutely massive.  So, I must admit that I was a bit apprehensive when I first got the Dom Combat gi, but I was pleasantly surprised to see that most of the concerns that I had were addressed in the new gi.  The gi retails for $149 and can be purchased through Dom's website.

The pants fit me very well and the jacket fit much better than the DOM Dmx V did.  I would be very hesitant to purchase the same size gi that you normall would due to the vastly different cut compared to their previous models.

Definitely check out the measurements below and compare to the gis you currently own to ensure that you order the correct size. 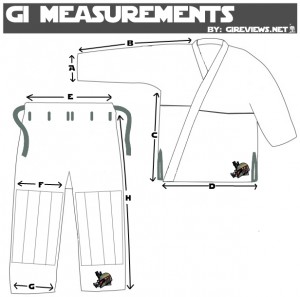 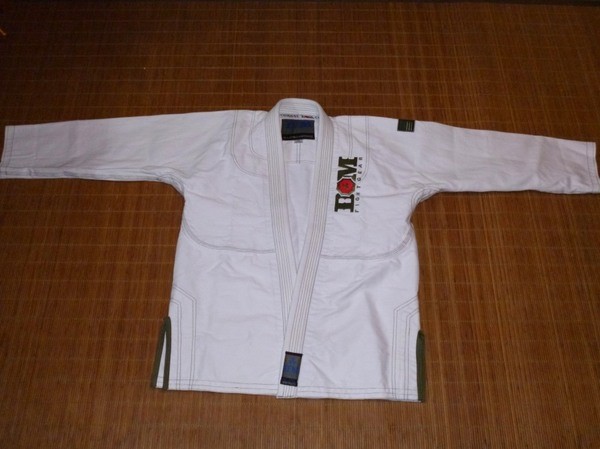 The design on the Dom Combat gi is very understated.  It has a heavily patriotic theme with multiple American flags embroidered on the gi, but overall the design is exceptionally clean.  No real risks were taken in design but see definite appeal to current and former US military men and women, as well as those who like a cleaner gi design.

The Dom Combat jacket is a solid pearl weave jacket with a ripstop-covered collar.  The seam tape inside is pretty cool and I had no issues with scratchiness or with any of the seams inside the jacket.

The sleeves use the same seam tape as the jacket and is also not scratchy at all.  It keeps a cohesive theme throughout the gi.

One of the big things that really stands out on the gi is the exceptionally well reinforced skirt vents.  I've seen weird scrambled where guys will violently pull sideways on their opponent's skirt and have seen it tear clean off.  I have no doubt that the vents on the Dom Combat jacket's skirt will hold up very well in.. well.. combat! 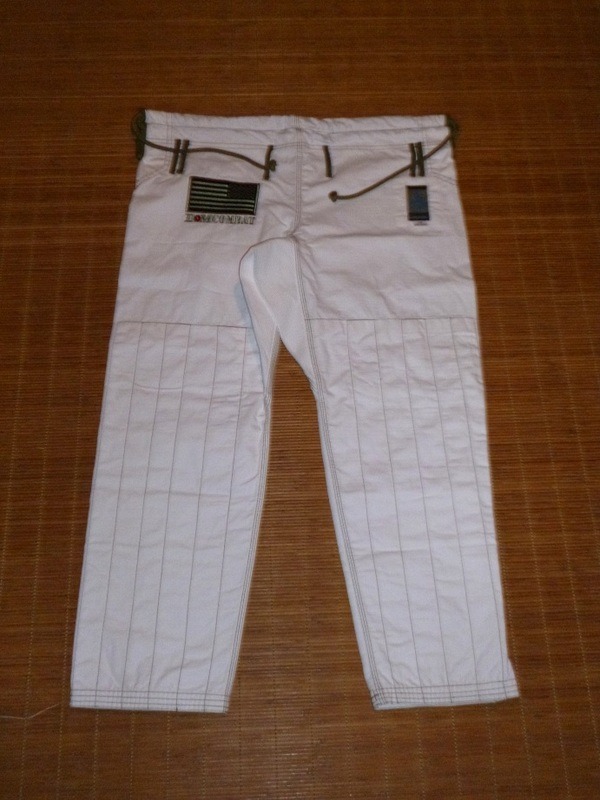 The trousers feature one of my favorite aspects on gi pants: full length knee reinforcements.  This adds a tiny bit of weight to the gi but I think it's absolutely worth it because never again will you have to worry about the knee reinforcements tearing at the top of bottom, which used to be the case all the time.

The cuffs of the pants are reinforced three times but do not feature the same seam taping as the jacket.  This really wasn't an issue for me. 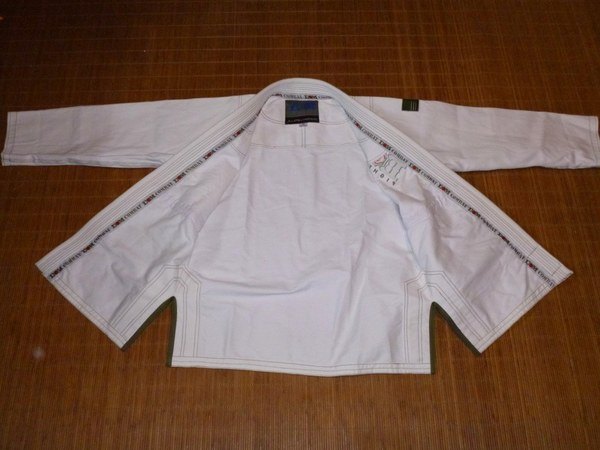 Rolling in this gi was pretty great because of the extremely fitted feel of the gi.  I'm 6'1 and 200-210lbs. and the A3 fit perfect so I had no issues.  The pants stayed up and it was a pleasure to wear.  I found the pearl weave and the ripstop pants to be breathable and I enjoyed the ripstop because I didn't feel that it because heavy or thick when sweaty.

I think the DOM Combat gi is a great basic gi for BJJ competition.  If you're a bigger guy (especially around the midsection), I wouldn't recommend it due to it's fitted nature, but I think the DOM DMX V would be a great option for you instead.

It's a bit pricey at $149 for a basic pearl weave with ripstop pants, but if you dig the theme or if the cut fits you well, it's definitely worth the price of admission!

Compare prices on the latest BJJ gis at Amazon