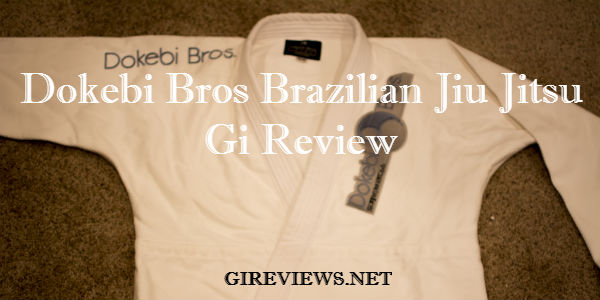 One of the more unique Gi offerings I've come across in my Brazilian Jiu Jitsu journey is the Dokebi Bro's Balance Gi. Unique in the sense that it is the only Gi that I've personally come across that is made in South Korea.

It's a strong gi, it reminds me of a cross between a Judo Gi and a BJJ Gi. It's a got a very durable 450gsm Single Weave, but it's also quite soft. They've gone for a traditionalist and old school take on the BJJ kimono, I'd say they've definitely succeeded in that regard.

Dokebi Bros is doing things different, and I LIKE that. It's hard to stand out in today's BJJ market, but they do it will. They have the right mindset for sure. They believe in labor that doesn't involved a sweatshop mentality and cares about their product AND the people involved with it. 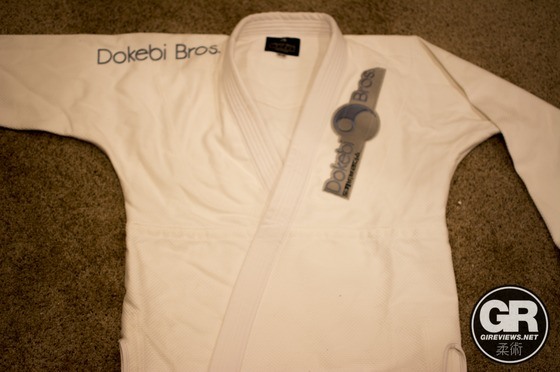 I asked Dokebi to share with me a little bit about their company, and I'll have that posted at the bottom of the review, so you can see why they do what they do. Due to a knee injury, and me having the Gi for quite a while without being able to roll in it, I gave the Gi to my coach Perry to wear so I could hassle him and see what he liked/disliked about the Gi. It was a new way of reviewing the Gi, but it was nice seeing the things other people noticed after I had my initial impressions from just trying it on.

Some notes about the  “Balance” Gi by Dokebi Bros:

The top, like previously stated is a 450gsm Single Weave. It's soft and durable. The top has a few logo hits here on the gi: the collar, the right sleeve, and the back of the Gi. All of the embroidery is nicely done and flows well. The cut of the Gi (this being an A2) would be better suited for someone with a larger chest but a healthy waistline. The collar seemed to puff out from the chest quite a bit on myself and Perry.  The Gi didn't seem to sit flush on either of us at the bottom of the skirt, which was on the longer side. (Which is a traditional BJJ trait).

Some closer shots of the cool collar embroidery.

The collar itself felt sturdy but light. It's wrapped in twill cotton, which is what the pants are made of.

One aspect I really liked with the Gi was the reinforcement across the back stitching using a strong seam tape. I've only seen a few companies do this and wish more would.

The seam tape in the sleeves (and on the pant bottoms for that matter) are a sturdy twill cotton. It helps keep the tone of the Gi down so it doesn't come across as too flash and I like that a lot. Speaking of the sleeves, it was another of my favorite aspects of the Gi. They seemed to be cut perfectly. Tailored, tough to grip and a smaller sized sleeve opening.

A shot showing the “Made in Korea” tag. You know they have to be proud of that.

The prominent upper back logo. You may have noticed that the Ying and Yang is featured in a lot of their artwork.

Sticking with their traditionalist theme on this Gi. They went with the twill drawstrings. Neither myself nor Perry prefer these type, but it goes with the intentions of the Gi. I'm not too sure I feel safe having just two drawstring loops and would have liked to have seen at least two on each side.

The pants fit really well on both myself and Perry. Other than wanting a bit more from the drawstring system, he didn't have any issues with the pants falling down or inhibiting his rolling at all. I LOVE these little dudes on the pants label. These cartoon characters are present quite a bit on their site and marketing media.

Despite having no idea what these letters mean, they look sweet. The blue has a nice shiny aspect to it and it really looks clean.

If you are looking to support a great company, with good values and want a traditionalist gi with some new-age flair, this could be your dream Gi.

And here's a picture of Perry, thanks for the assist Perry! 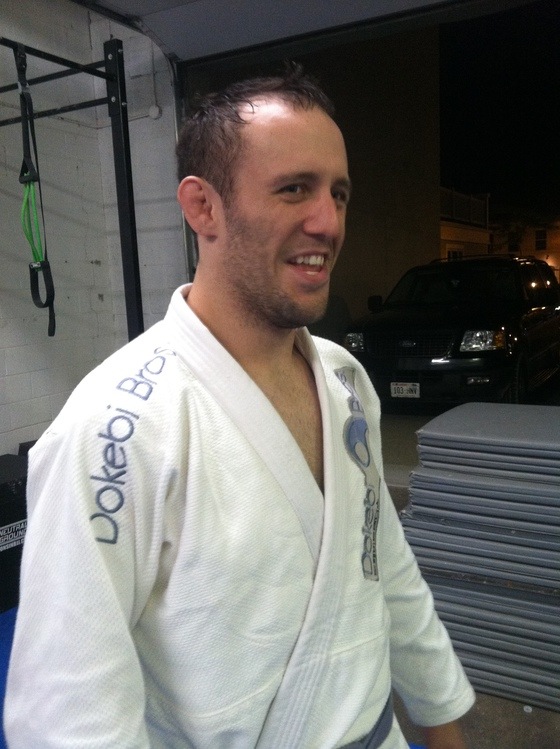 Check out the Dokebi Bros Company on their about page.