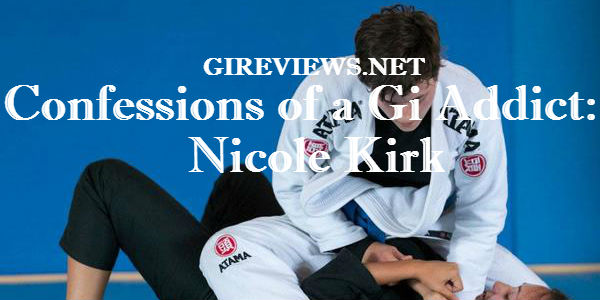 I Heart Gis: My Gi History

A little while back, one of my training partners, upon hearing about this blog thing, suggested I include a gi review section.  A lot of people out there already do gi reviews, some semi-professionally (C'mon Nicole! I'm totally a pro! ~ Brendan), so at first I thought it would be a pretty colossal waste of time.

The more I considered it though, not too many people like me are doing them. Couple that with the fact that my teammates are constantly asking me about whatever fancy-pants piece of cloth I'm donning and then I tell them and they forget and then I end up linking it on Facebook for them and in the end, it just seems simpler to say “Dude, just go read my blog. It's got links and stuff.”

You can grab most of the gis mention here at MMA Warehouse, Fushida, Ouano, CTRL Industries, and Killer Bee.

So, without further ado, here's a semi-detailed account of the gis I've owned in the past few years: 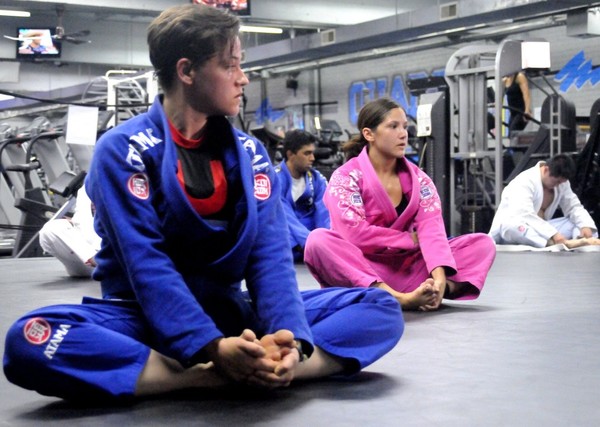 Note: This gi is no longer available.

These were my first four (4!) gis. Calling them “ultra lite” should have been at least a misdemeanor offense, as it's not only a gold weave, but also more bulletproof than the Popemobile. However, I was coming from Judo at the time, and these suckers felt feather light to me back then.

Simple gi, few frills but amazing reinforcements, and shrink to fit, which was important because I had to order an A2 for my weight (I'm barely an A0 nowadays in most brands) and shrinking the extremities was very necessary. Eventually, they were all too big and I sold two to a friend, donated one and loaned the other to a friend to try out a class…never got that last one back. 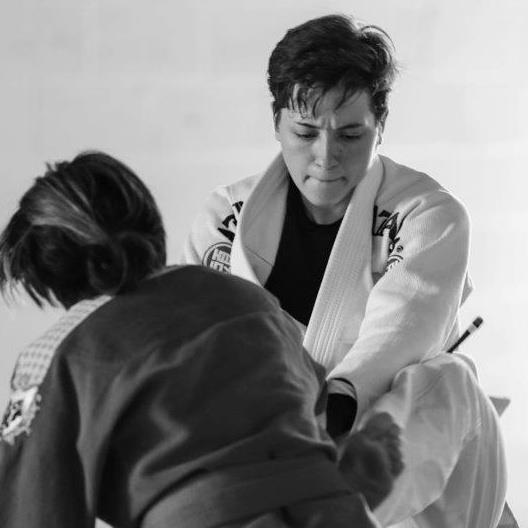 I mostly bought these (twice) because the school I was training in was pretty gross (I distinctly remember break falling over a pile of cheetos there once) and the mat had turned the knees of my white gis gray. One of my only black gi outings, I remember really being into the extra pair of pants made of gi material, even though I almost never wore them because they were stupidly heavy, especially after they'd accumulated some sweat.

The top was way lighter than my Sirius, which was like a brave new world to me. I liked the lightness so much that I added a blue one when Budovideos did their Mundial sale back in '10. I was pretty content with these guys for a long time, though they also require some shrinking (biggest A1 ever!).

Over time I really grew to hate their wizardly sleeves because I was always losing the grip game against bigger opponents who would just wrap their entire fists in the sleeves and play spider guard until I cried. Gave one away to a training buddy, and recently sold the other to another training buddy who had borrowed it and loved it.

My other foray into black gis, for the same reason as the first. This gi was soft but strong, not unlike a single weave version of the Sirius. No frills, build like a brick house and shrink to fit (I can't remember if that one was an A1 or A2, but I remember shrinking it a ton, even after I wasn't trying to anymore). Interesting thing about the Fuji is it may be among the last in BJJ to have a cloth filled collar, as opposed to the new standard rubber or foam filling. I gave to another teammate who is a bit taller than I. It's her favorite gi.

I'd had my eye on Fushida since my judo days, but never had the guts to pull the trigger. On their first try at BJJ gis (which I think might make up the majority of their business nowadays), they released the Mantis and the Komodo. I picked the Mantis, as it was the lighter model.

The top on that gi is one of my favorites still today, in no small part because of its narrowness through the shoulders and upper back. Lots of dudes disliked that cut and they widened the shoulder for their second release, but I wish they hadn't. It's tough to grab, but not uncomfortable for me to wear.

The pants, on the other hand, were some of the worst I'd ever owned. It was the early days of ripstop trousers, and no one had quite nailed them yet, except for maybe Atama. They felt waxy and stiff and were cut very narrow through the hip for a lady and, because they were ripstop, had absolutely zero give.

The result? I ripped my pants from above my ass to mid-calf while visiting another academy. Thank god for compression shorts, amIright? Eventually I replaced the pants with some Jiu Jitsu Pro Gear (JJPG) ripstops and still wear that combo today.

You can find out more about the Fushida Mantis here.

Bought a JJPG gi based on a friend's recommendation and discount. I think I paid $70, but instantly hated it as soon as I started warmups in it. It was too big out of the bag and didn't shrink an inch, so I was once again very easy to grip because of the lethal combination of light fabric and bagginess. Oddly, the website stated that it would shrink lots, suggesting people order up a size from their norm.

At that point I learned that I should never trust the weight specifications a gi company gives me. Because of my muscular build and broad shoulders, I now tend to estimate 10-15lbs under my actual weight when assessing potential fit. I sold this to a teammate, who, come to think of it, never paid me! 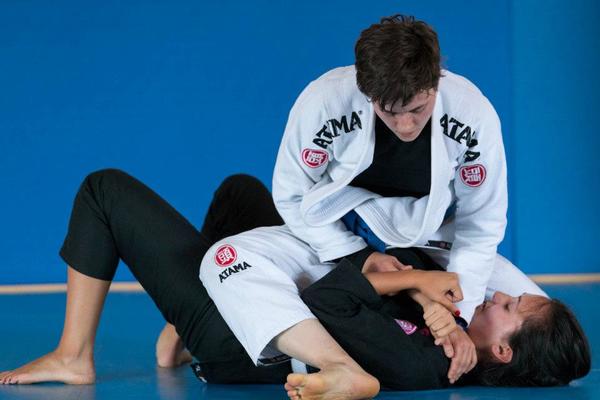 Found great deals on these gis at two separate times. Got one from bjjhq and loved the tailored top and crazy-light pants, picked up another one on Atama's Black Friday sale. Still some of my favorites, though the F3 sized pants are a touch large nowadays.

The first gi I ever pre-ordered, Fushida made some improvements and some less awesome changes from the Mantis to this. First, the pants are a very thick drill cotton, which couldn't be much further from the wax paper ripstop from before. They let out the upper back (bummer) and the sleeves and pantlegs got a little longer.

I've shrunk my A1 (should have held out for an A0, but they don't make them in this model, I think) as far as it will go and while it's not my most tailored, it's nowhere near the BreakPoint or JJPG in terms of being oversized. It's a higher-end workhorse of a gi that I love to wear on judo days.

You can visit the Fushida store to read more about the COMPGS. 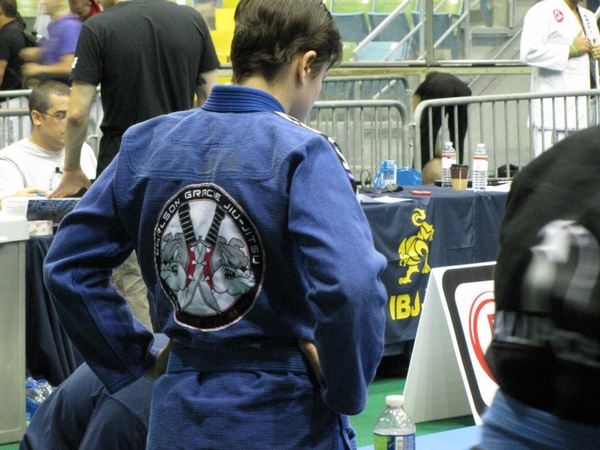 The Kingz 420 was another bjjhq adventure. The lightest gi I've ever bought and my first and only experience with the rashguard material gusset. It's a great gi to use for weight-making purposes, and it is comfy, but honestly, it's nothing too special. It's clearly cut for a more lady-shaped lady than myself as there's ample room in the jacket for the boobs I don't have and in the pants for an ass that just won't quit. In the end, I'm giving it to my girlfriend as her first BJJ gi (she's got a lot of boob).

KBG was having a huge inventory clearance which gave 40% off. They were already one of the cheapest buys on the market at $112, so I took a chance and dropped the $67-ish dollars on a blue A1. It arrived when I was at a pretty rough point in my training, so it sat unworn for over a month. Now it's another go-to for Judo days as it's a little larger and heavier (not Sirius heavy, but on the beefier side) and is just plain cozy to wear. Plus it guarantees that everyone on the mat will refer to you as “KillahB” all session long, so that's fun.

Apparently, Ouano plays by their own rules when comes to sizing because this F2 would be called an F4 by any other brand. I got it in the mail, got really nervous about size and shot an email to Ouano asking if it would shrink and how much. The guy who responded (not Ouano himself) said that it would shrink, possibly a lot if I really tortured it.

I soaked it in near boiling water, washed hot, dried hot, set it out in the July afternoon sun and a weird thing happened: while the torso shrunk significantly, the sleeves and pant legs shrunk very little, if at all. I ended up having the sleeves tailored to the specs of my Mantis, but the fit was still a little off. Again, I sold it to a teammate who is just a little bigger and way better-endowed than I. She's enjoying it, which is great because it's a pretty cute gi.

After my Ouano-related heartbreak, I decided to get back in the saddle with Ctrl, a brand I had oft made fun of for its goofy name (you're supposed to pronounce it “control” but I insist on “kit-arl”) and Shoyoroll-esque pre-sales.

But, I had read great things about it and was lusting after something Brazilian flag colored for some time (I basically wanted a gi version of their national team's away soccer jersey). I'm really glad I pulled the trigger because this may be my most-tailored, comfiest gi. Plus it's sexy as hell. Shrunk the top just a touch and it fits like a sexy, sexy glove.

So, I think that's everybody.

I've had some close calls on Koral, Bad Boy, Isami and Vulkan (I think a Vulkan gi may be stalking me) but I've never quite pulled the trigger on these bad boys. I also got really close to picking up a SYR Yank when I ended up grabbing my second Atama, but this is my only close call with SYR.

I have two more gis in the pipeline. My second Ctrl (the Knight) will be here in about a month and a half and I just grabbed a Tatami Estilo 3.0 (Women's Cut) in white. Later on, a small gi company called Da Firma is coming out with a slick-looking women's gi and I'll likely get one of those, since I love supporting the little guys (see Killer Bee entry above.)

At this point, my top 5 gis for my body type and fit preferences are: 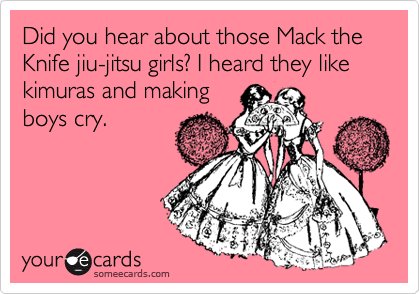 Yes, I am a crazy person. No,  I don't spend money on regular clothes. That's how I afford gis. It should also be pointed out that with the exception of my Mantis and Ctrl gis, I have never paid full retail price for a gi but have instead opted to check bjjhq vigilantly, troll Sherdog for coupon codes and hit the Black Friday sales. If the BJJ industry sent out newspaper coupons, you'd better believe I'd be clipping the hell out of them.

You can grab most of the gis mention here at MMA Warehouse, Fushida, Ouano, CTRL Industries, and Killer Bee.  Make sure you adhere to what Nicole said above.  There's a TON of great tips for every BJJ gi buyer in there!

Our email list doesn't have coupons you can cut out, but we try to send out all of the coupon codes we come across.  Join in the big red box below.  Warning: BJJ gis are highly addictive.  Don't join the email list unless you you are certifiably awesome (or crazy; preferably both).