Judo was initially created as a mental, moral and physical pedagogy in Japan and was categorized as a modern martial art. However, it has evolved over the years into an Olympic and combat sport. The main aim of Judo is to throw, takedown, subdue or immobilize an opponent to the ground forcing them to submit with a choke or joint lock. Weapons, strikes, and thrust by feet and hands are also allowed in Judo but only when pre-arranged and are prohibited in competitions and when practicing.

Brazilian Jiu-Jitsu commonly known as BJJ is a martial art focused on ground fighting and grappling with intentions of controlling one's opponent using techniques that subdue him or her into submission. It is a gentle art as even the weakest of people can win by using submissions (locks, chokes) and leverage to defend themselves against a stronger opponent.

Pros and Cons of BJJ 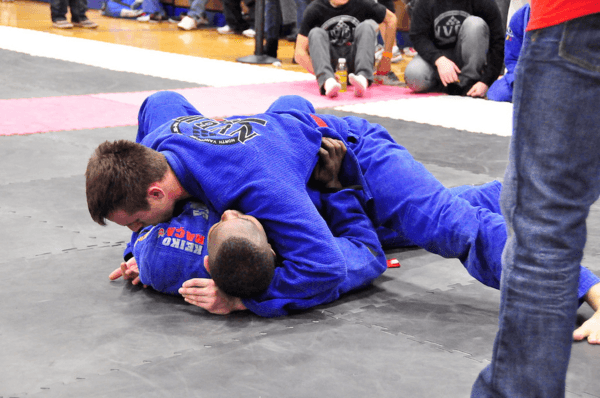 Must read:  5 PIECES OF BJJ Gear YOU CAN'T LIVE WITHOUT

Pros and Cons of Judo 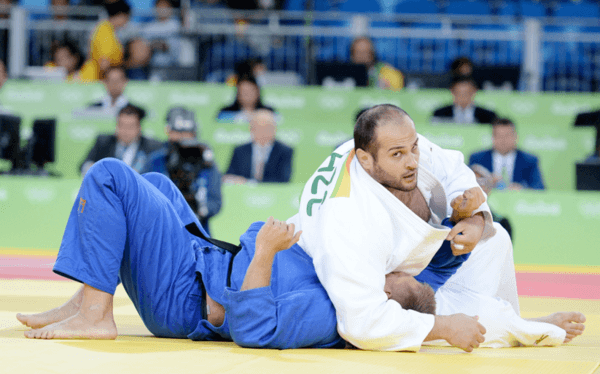 Check out the best BJJ Gis from Tatami Fight Wear

Brazilian Jiu-Jitsu and Judo are similar as they have the same basic techniques. Gracie’s family started BJJ by modifying Judo and developing me into a different direction. The differences come in the fighting strategies. 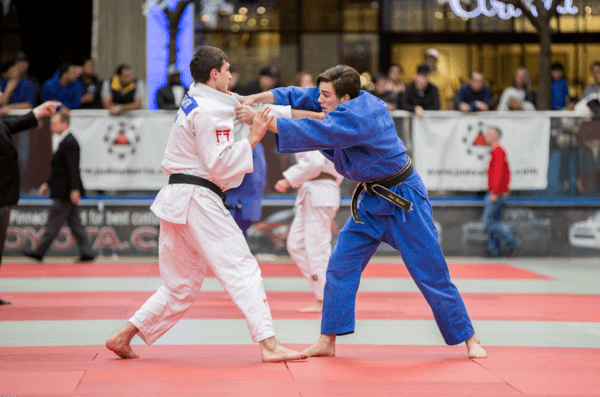 The basic strategy in Judo requires one to get a good grip on the opponent, unstable him so he cannot counter or resist your technique then throw him to the ground making him defenseless. The training emphasises on fighting from a standing point while looking for the opportune time to throw them to the ground. It is the most direct and practical strategy for self-defense. If both fighters are on the ground they get to use submission techniques and chokes in order to win the fight.

BJJ was developed from the ground fighting aspect in Judo. In this martial art, fighters anticipate the first throw as the start of the fight and most times lure their opponents into throwing them they can bring them along to the ground. When both fighters are down on the ground the BJJ fighter has a wide range of ground-fighting techniques that allow him to subdue an opponent who has not trained for on-ground fights.

Judo treats a single throw as an immediate win while BJJ awards its points depending on the magnitude of the throw. A victory in BJJ is only gained if the opponent submits; therefore fighters are allowed to fight on the ground as long as none has been subdued. In Judo if a submission hold is not acquired by one of the fighters immediately they are expected to stand back up and continue the fight in that position.

Which is best for street fights?

For a street fight, Brazilian-jiu-jitsu is most effective as its end results are to subdue your opponent into defeat by choking, break or control. This can be very helpful in an unforeseen situation where self-defense is needed. BJJ classes mostly stimulate real life to street fighting as they lack the gi. The gi is the attires worn in Judo and BJJ fights to help in establishing a grip, slow down action, bolsters grip strength and helps gain leverage. BJJ illustrates lots of submissions from standing up as opposed to judo. It is made for a smaller person to match up a bigger individual. The two martial art techniques also differ culturally.

In conclusion, I would recommend you try both martial arts to know which one suit you best. Judo is more aggressive and rough as compared to the Brazilian-jiu-jitsu but who is to know what fits you best other than you just have a try and decide.

Check out the great range of BJJ Gis from Fighters Market

Do you agree with the points made in this article? Leave a comment with your own opinions about which you think is better for what.