Back in 2015 we reviewed the BJJ Globetrotters gi, which received our highest praises.  The innovative company has released another iteration of their specialized travel gi and sent us one to compare to the original version.  How does the newer version stack up to the original?

YOU CAN BUY THIS AWESOME TRAVEL GI RIGHT HERE! 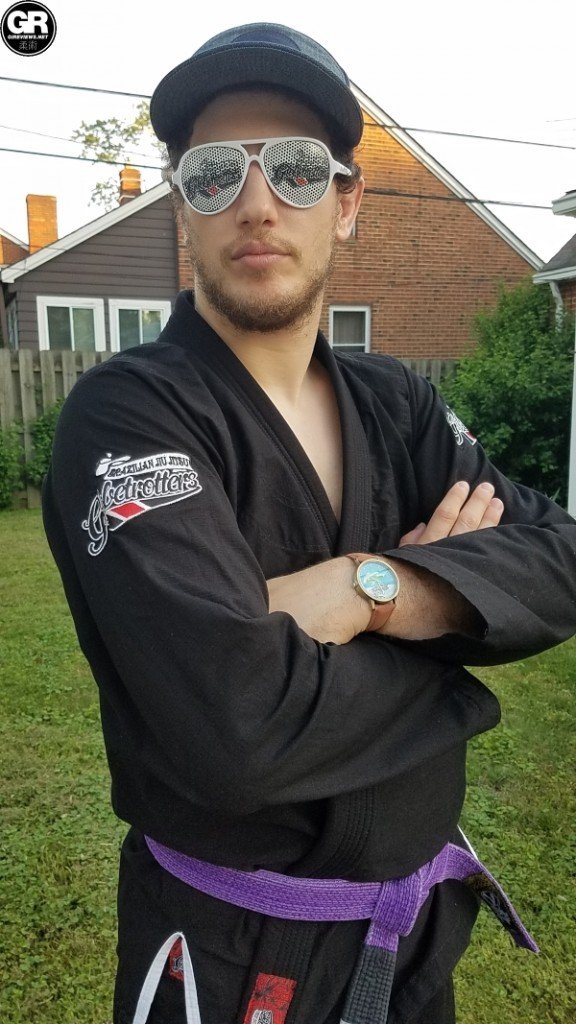 BJJ Globetrotter was founded by Danish black belt Christian Graugart, a proud and avid BJJ Globetrotter.  Graugart’s travels were documented in his book, and his company BJJ Globetrotters has made it their mission to help jiujiteiros around the world get the most out of traveling and training.

The original gi they sent over was the grey travel gi.  This gi is the black colourway of their new version.  The original gi is to date one of the nicest ultra lightweight gis I’ve ever had the pleasure of reviewing 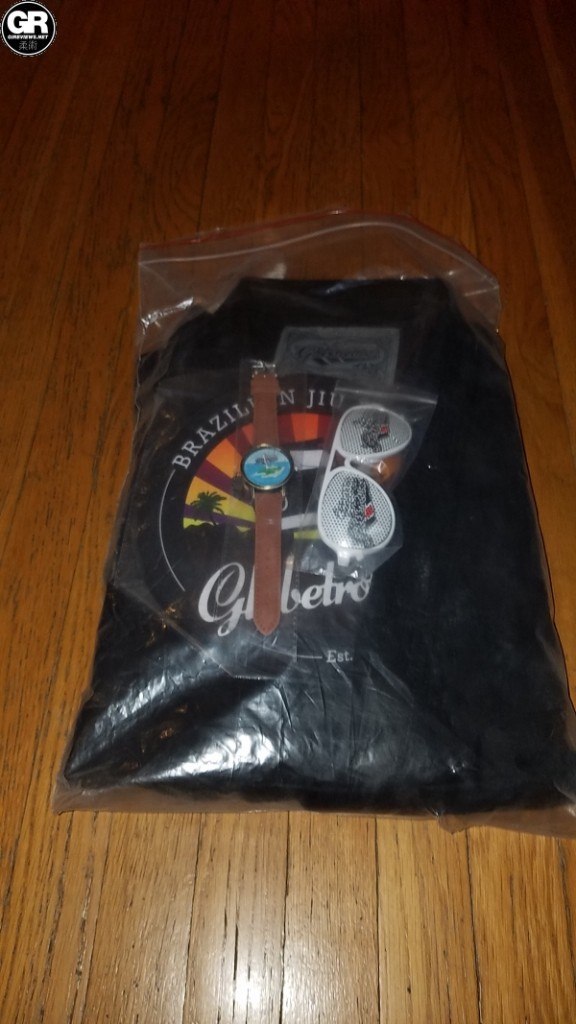 Like the first gi this one arrived with some extras.  Their first model was sent to me with a keychain and a bottle opener, this version arrived with some nifty sunglasses and a watch.  Also included was a BJJ Globetrotters patch (the original version had this patch affixed around the midsection.)

This Gi was submitted to me free of charge (by way of gireviews.net) for review.  I have never done any work with or for BJJ Globetrotters. 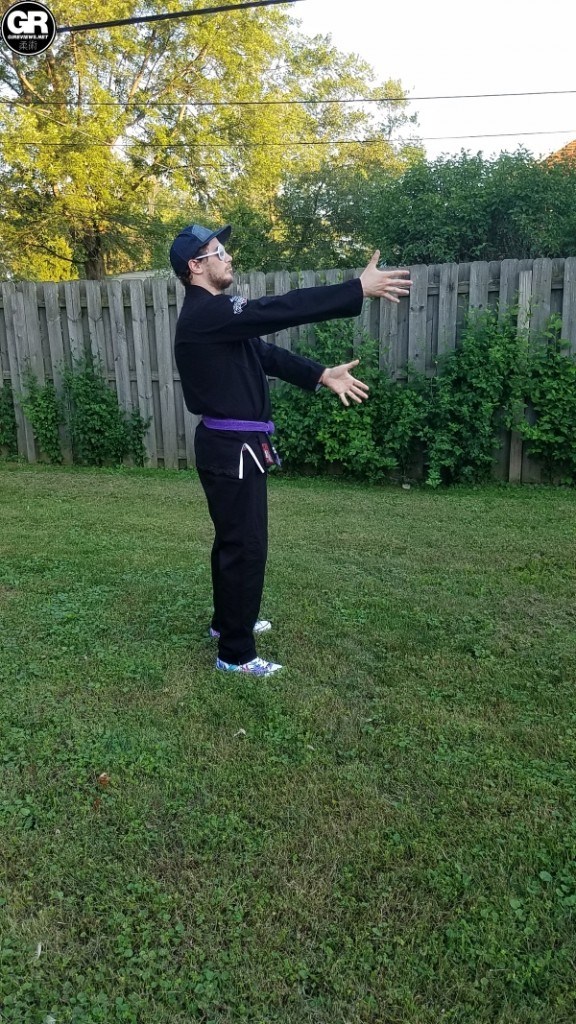 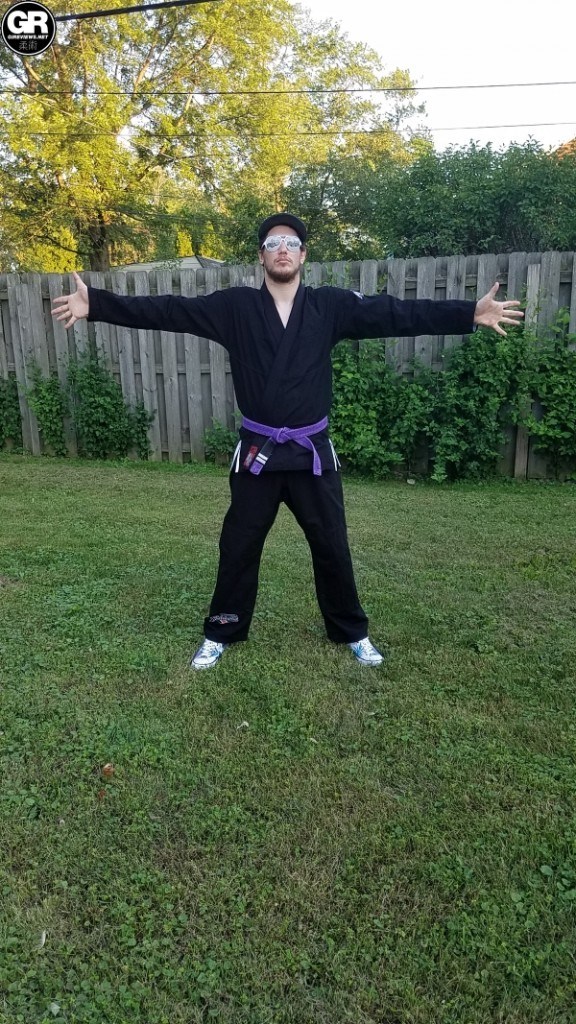 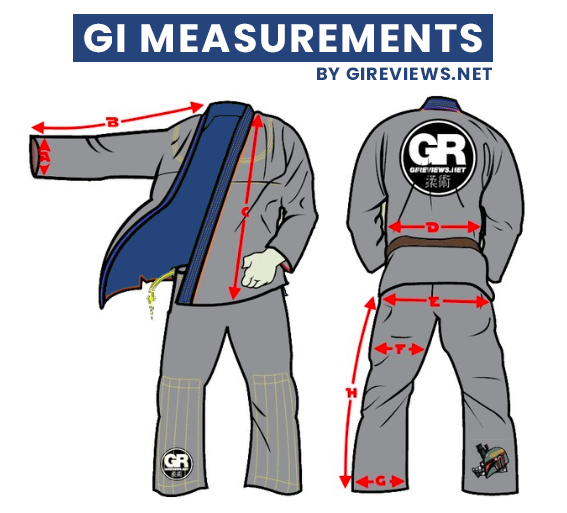 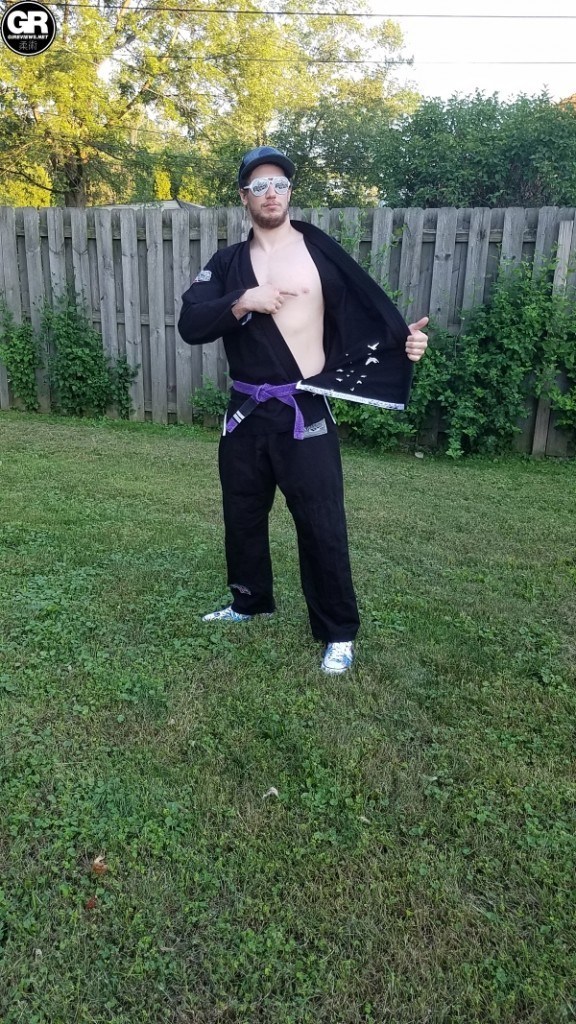 This gi is very similar to the original and it has a ton of awesome details.  The only difference noticeable from across the room is absence of a Globetrotters patch sewn on at the factory.  Instead, BJJ Globetrotters opted to send the patch as a separate item to allow the user to customize their own gi.  Might have saved them a bit of money, and definitely a smart move (I personally am not a huge fan of big patches on my gis unless they’re from my team or sponsors.) 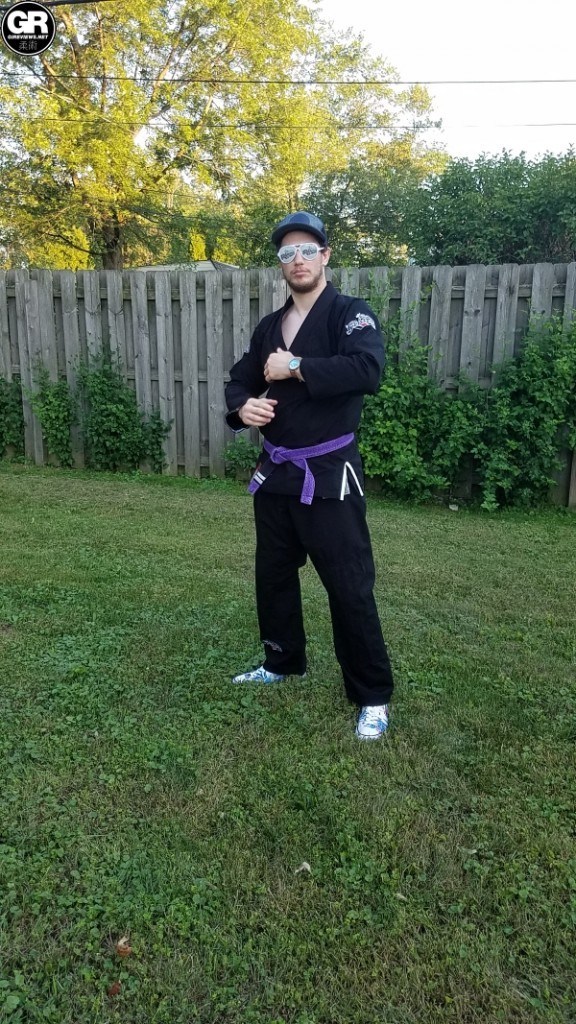 It is made of 100% black rip stop, with white piping and rope loops.  The bottom of the back of the top has waves embroidered onto it, the original version of these waves on the grey gi had a couple of colours, this version is tonal black to give it that murdered look.  I actually personally prefer that.  There is an airplane embroidered in between the shoulders. 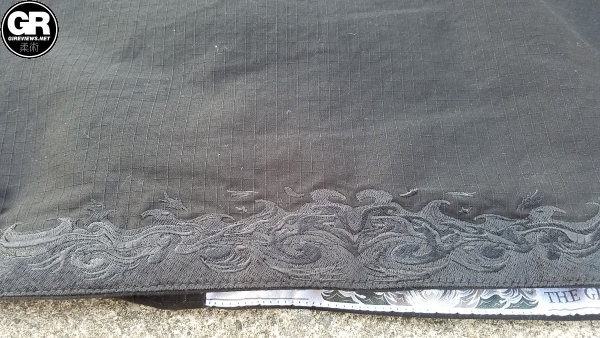 On the original version one arm had the BJJ Globetrotters logo as does one of the pant legs.  On this version both arms have the logo. 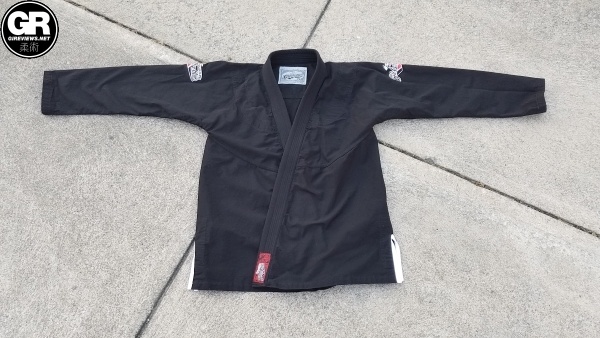 The inside of the lapel has birds printed onto it; these faded slightly over time on both versions.  The seam tape was changed from a black and grey colour scheme with waves and branding on it to a similar design featuring the same waves but with the text on the seamtape on the bottom of the jacket “The Gentle Art of Travel”, this is present throughout the entire gi and pants. 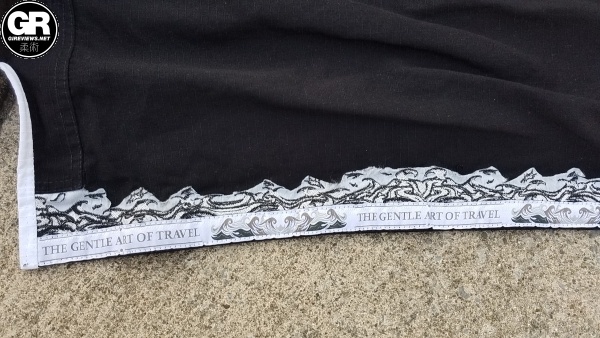 For me, the key difference between the new version and the old version is the texture of the ripstop.  The original ripstop was a bit smoother while this one has a more pronounced texture.  This doesn’t affect anything at all in my mind, but if you’re sensitive to textures the original version may have been better for you. 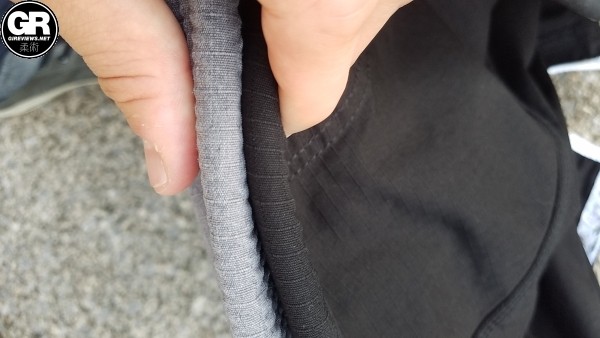 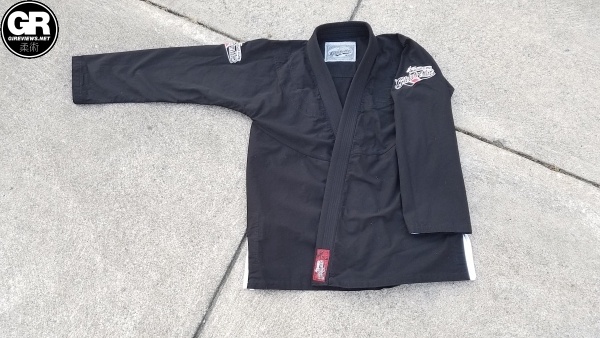 BJJ Globetrotters built their jackets to have all of the advantages of a full weight gi while still being ultra light weight.  That is to say: the lapel is very thick and unyielding while the rest of the gi is paper thin (though not paper flimsy!)  I found the lapel on this new model to be ever so slightly thinner than the older version.

Click here to shop for lightweight gis at MMA Overload 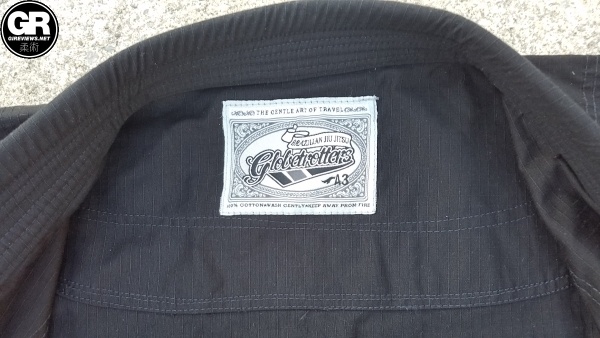 The embroidery on the bottom of the back of the gi is gorgeous.  I’ve never seen another gi company use that space for the design and it is amazing.  It has no bearing on the function of the gi, but it adds to the aesthetics of it.  I am partial to the new tonal design because I love tonal coloration. 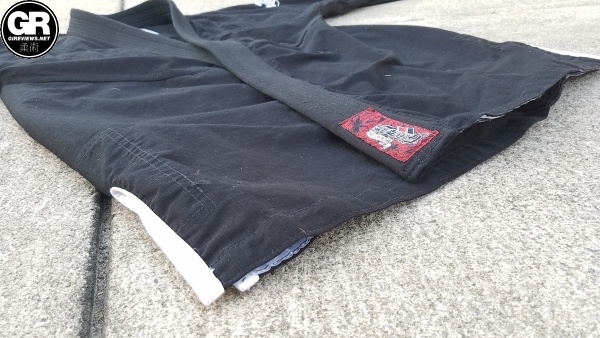 I like the globetrotters logo on both arms, one item of note is that they’ve changed this logo slightly, the original had a bit of yellow in it, this one is black white and red.  I like the toning down. 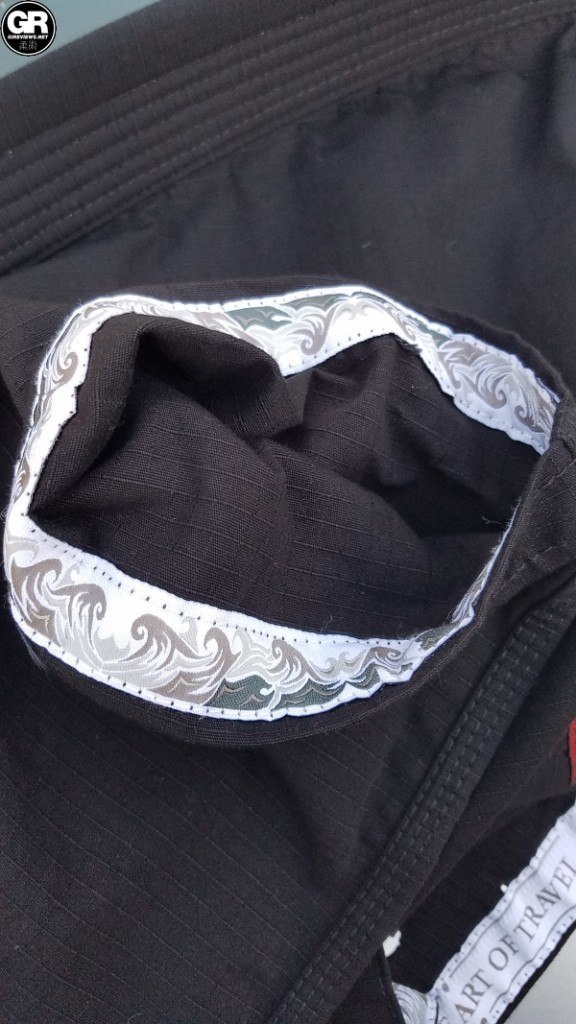 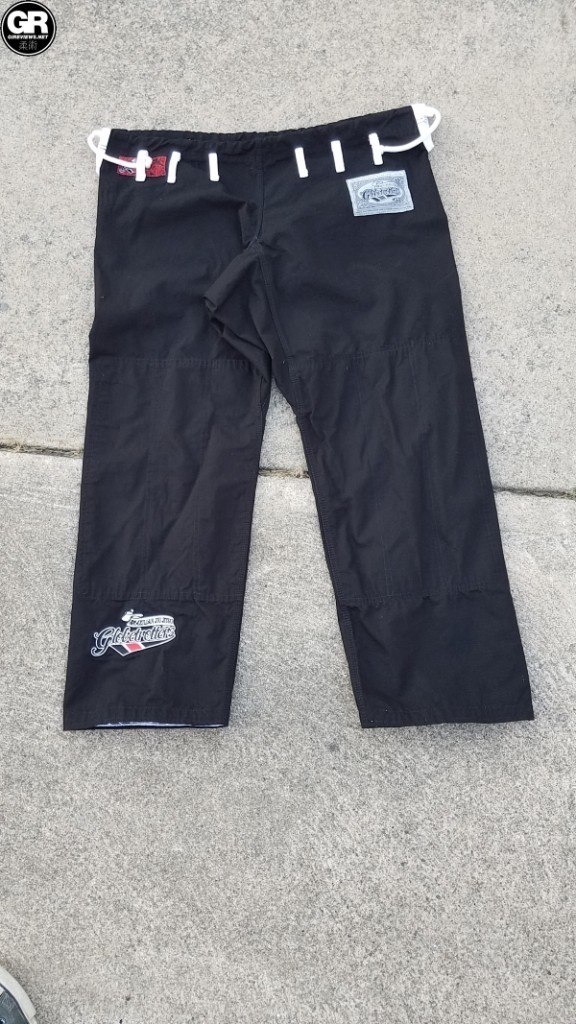 The trousers haven’t changed much.  Nice soft rip stop, the original version had 4 loops  while 2.0 has 6 which doesn’t really affect anything for me.  Like the older version this new version has 2 layers of ripstop over the knees 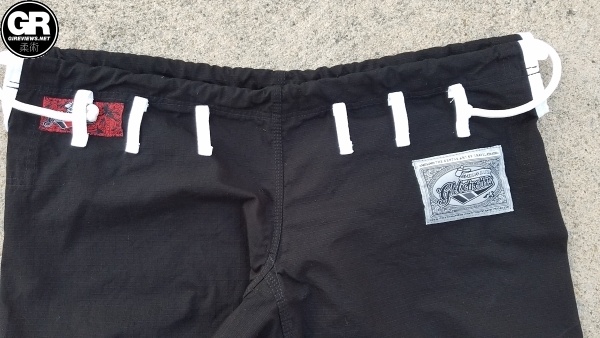 The bottom of the right leg has a BJJ Globetrotters embroidery. 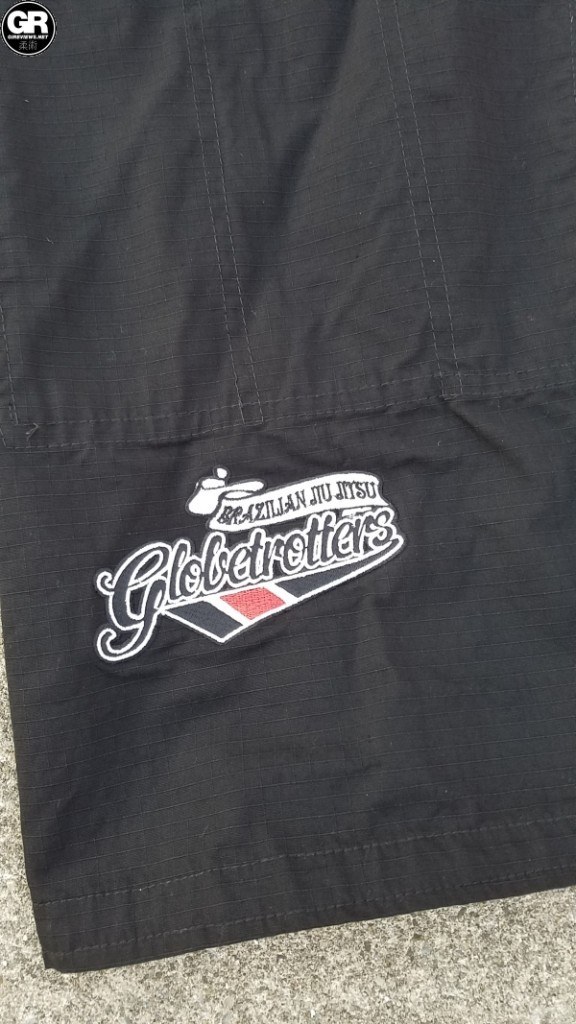 Otherwise there’s not a whole lot to say about the pants.  They’re nice.  They fit well.  And they are super comfy like the rest of the gi. 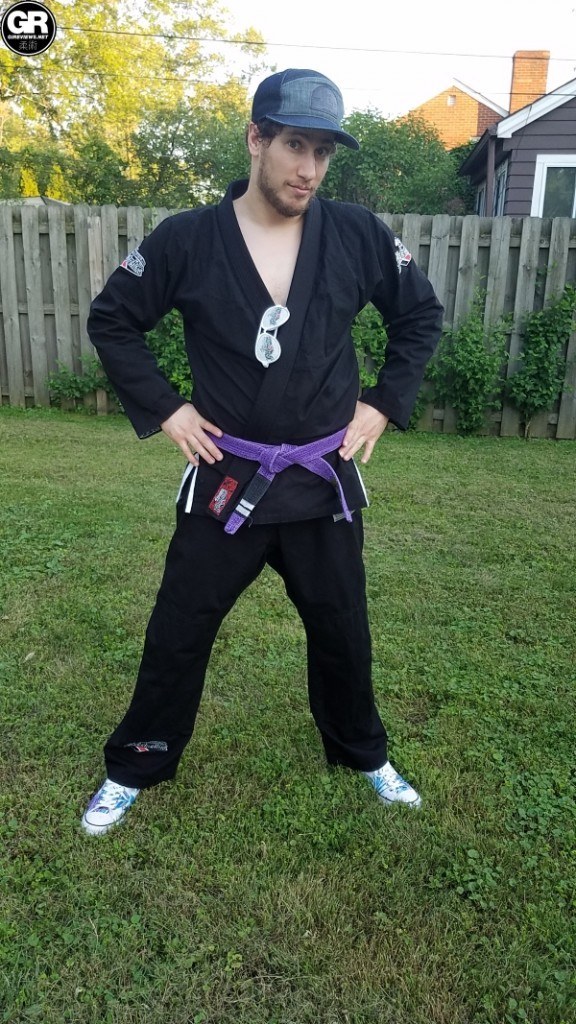 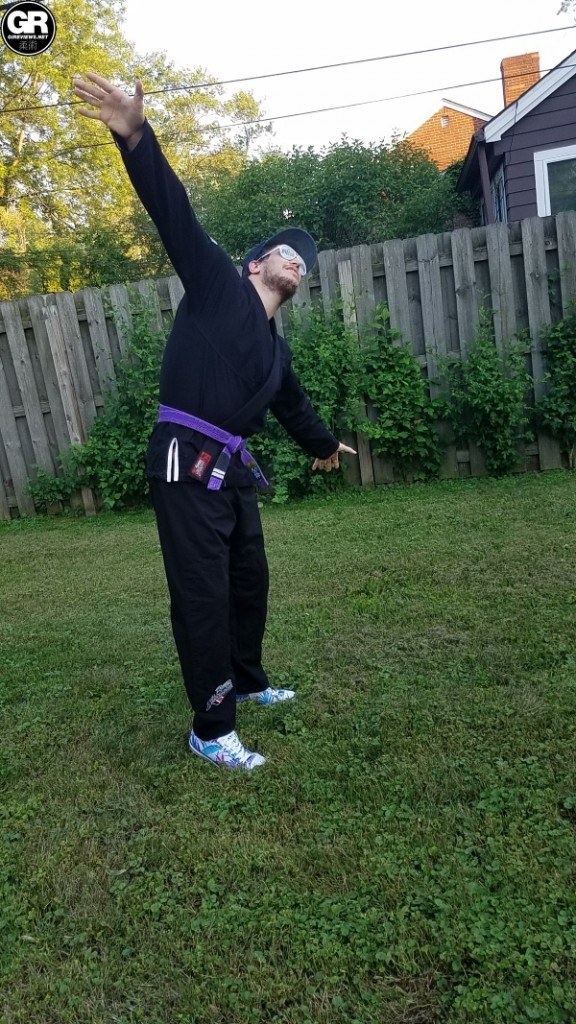 The thick lapel made the gi top work nicely in rolling.  Most 100% rip stop travel gis I’ve seen have relatively thin lapels which can serve as a tactical disadvantage.  Not the Globetrotter. 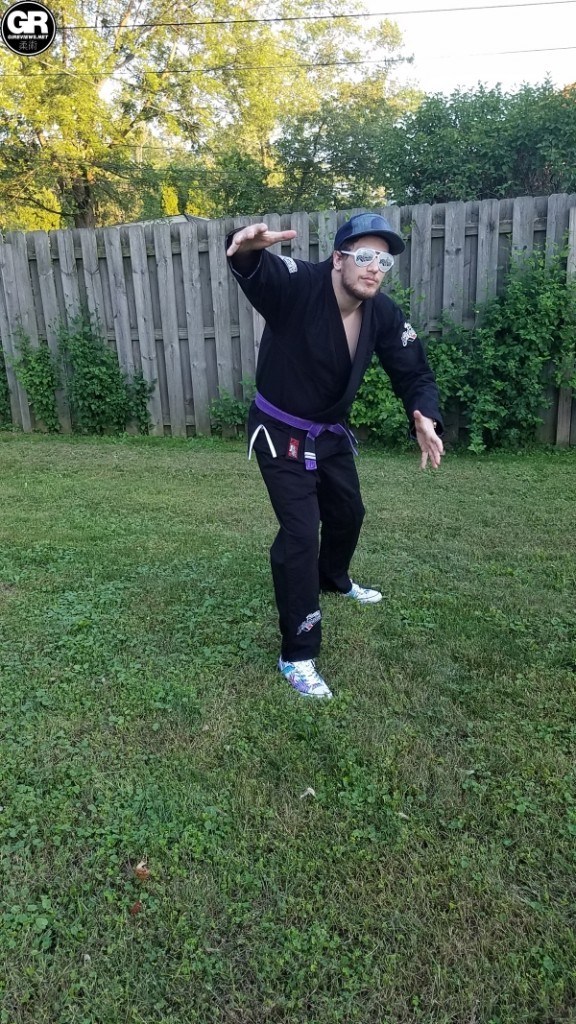 The fit of this gi was a bit odd for me.  The first iteration fit considerably better.  It's not that the gi was ill fitted, but the other one felt more tailored. 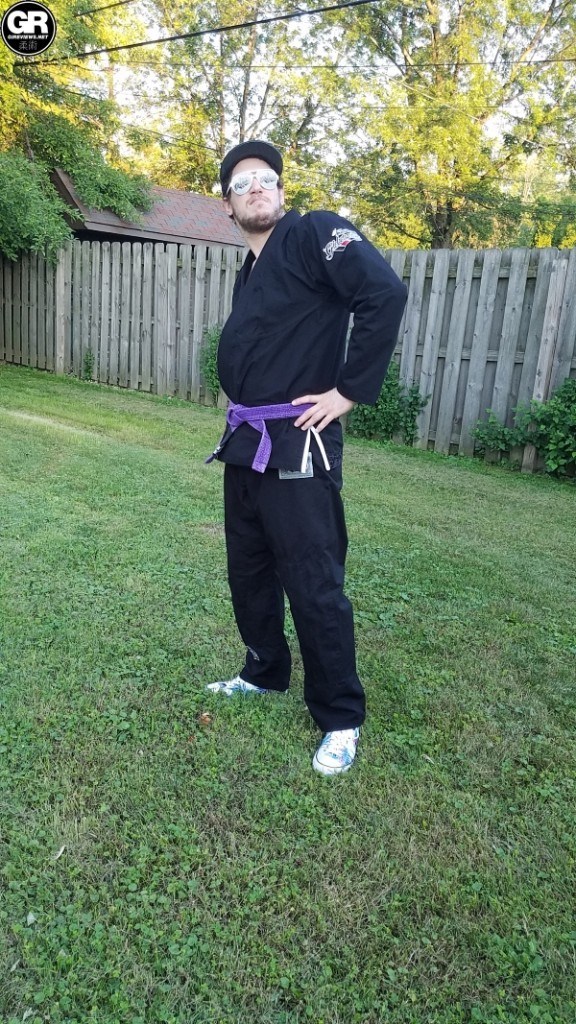 The lightness of the gi means it doesn’t absorb sweat very well, so it soaks through and feel like a wet pair of jeans.  This takes a bit of getting used to, but it’s kind of the nature of a soft cottony rip stop.  One thing I found interesting was that the textured V2.0 seemed to be slightly more absorbent which was nice, still way less than a normal gi. 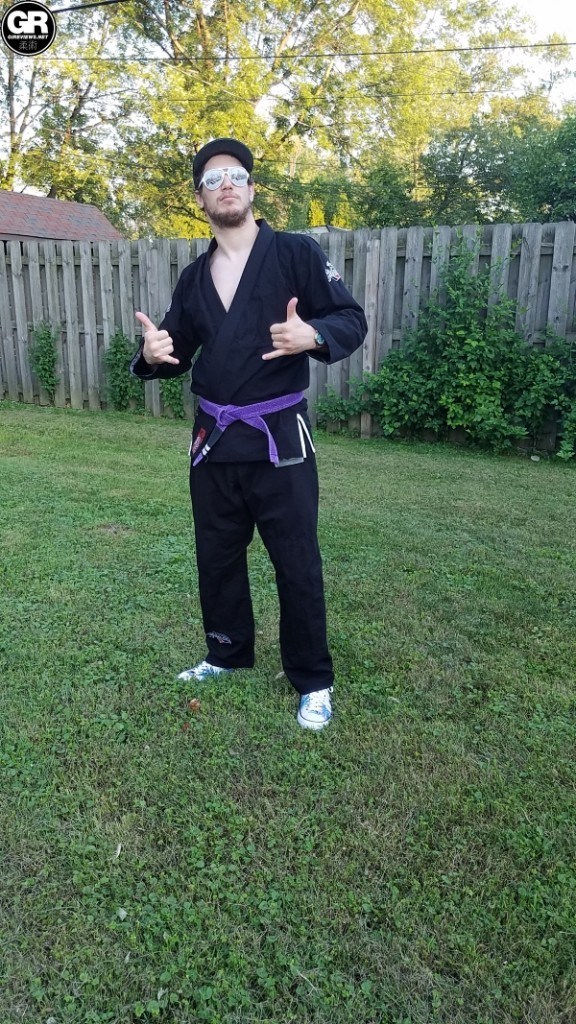 In my opinion the BJJ Globetrotters Gi is still bar none the best 100% rip stop travel gi on the market right now.  Comfortable, well fitted and beautiful.

If you need a lightweight and/or travel gi this would be my recommendation.  You can find one in your color of choice (grey, white or blue).  Right now they’re clearing their 2.0 stock and have reduced their price, go to www.bjjglobetrotters.com you won’t regret it.

Gr1ps Armadura 2.0 Camo Edition in Black A2 and Blue A3: A Contrasting Gi Review