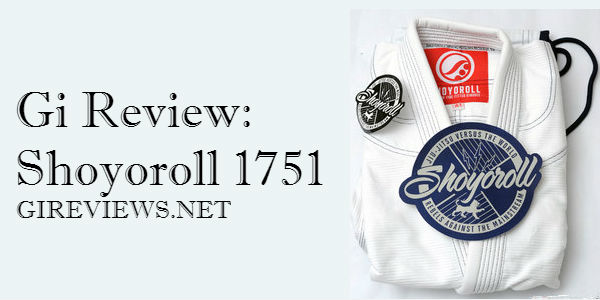 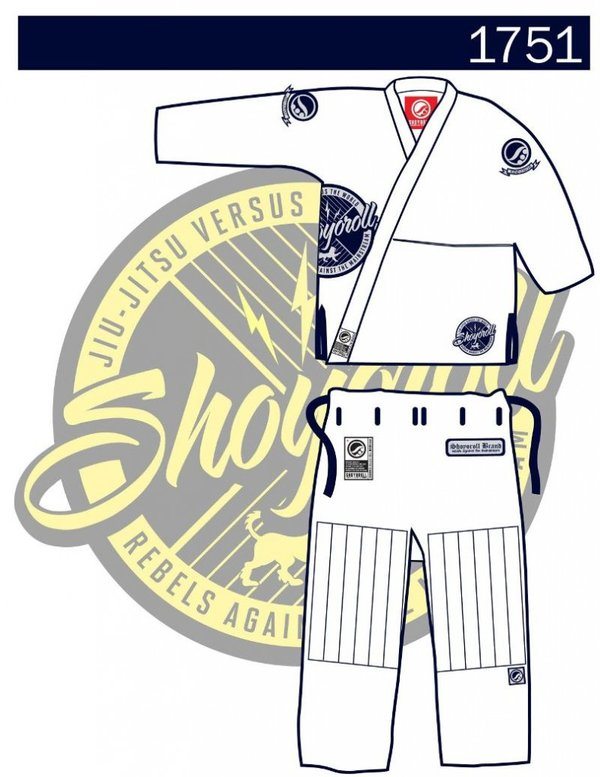 So you may ask, Why are you so excited over a white gi with blue (and grey, according to SYR) contrast stitching?

1. I like the logo under the ribcage of the gi.  I also like having a LOT of patches and the more bling on the gi, to me, the better.  I saw that the new SYR kids gi had this as well and definitely like it.  I'll be interested to see if it is a patch or embroidery.  If its embroidery, that's a heck of a lot of work.  But it would really take the quality of the gi up a notch (and probably the wait time too because embroidery is not cheap, or fast).

2. What else could I expect from the gi?  It's a gi.  SYR also mentioned hand numbered gi bags and a bunch of hidden prints not seen on the mock up.  I really hope they hand number the gis in some way or put a cool quote on the inside of the lapel ala the Fifty/50 gi:

3. In my internal timeline, I didn't expect to see a mock up until mid-late February.  So this is well ahead of schedule.

4. Personally, I would have preferred heavier pants.  I know a lot of people have had their Shoyoroll pants rip in the past and I'm hoping that Shoyoroll have fixed whatever issues were causing this to happen.  That said, I'm sure if a bunch of the members-only gi pants were to rip, they'd honor the risk people took with the program and get them new pants.

I am positive that Shoyoroll is going to come out of the gates a bit slow with the Guma Membership stuff, but I can still see them earning a victory by years end.

If you bought the membership are are happy with this gi, make sure to comment below!

If you totally disagree with the above statements about the Shoyoroll 1751 Gi, I'd love to hear your thoughts!