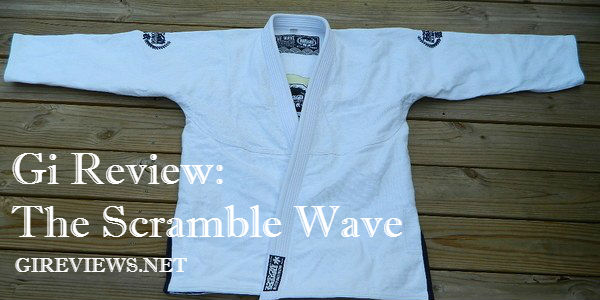 By now, most of you have heard my story of my failed attempt at getting the Scramble 1chiban.  I was really excited for it when it came out, but I was just 2 minutes short of being able to grab one.

Scramble’s second offering, the Wave, is definitely different from the 1chiban, but still very true to the smart design and stylings of Scramble.  With an interior rashguard, and a more open drawstring system, the Wave really separates itself from a lot of other current gis.

Get the latest Scramble gis at Amazon 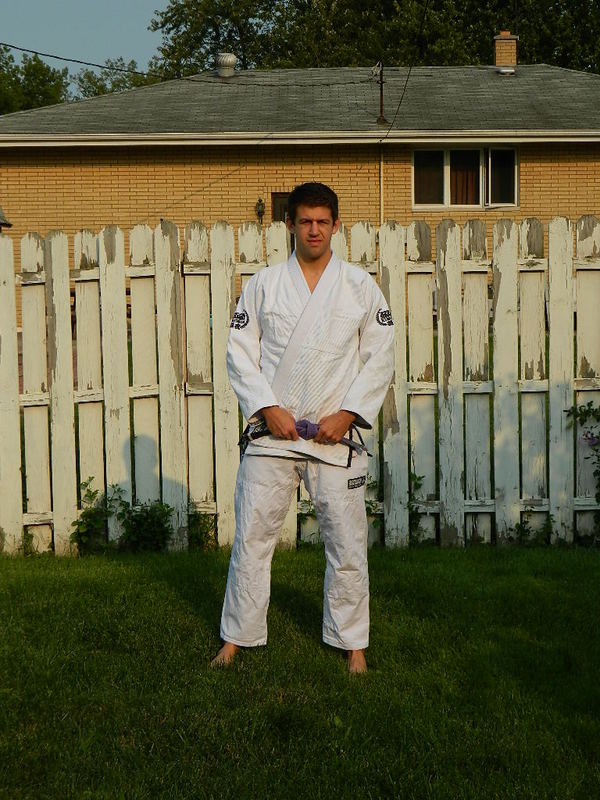 I really love the smart design of Scramble’s apparel and the Wave is no exception.  I think Scramble has made a very cool move trading the outward bling of the 1chiban for the inner bling of the Wave.

The wave most prominently features a rashguard interior depicting a version of Katsushika Hokusai's Great Wave off Kanagawa, which is very well done. 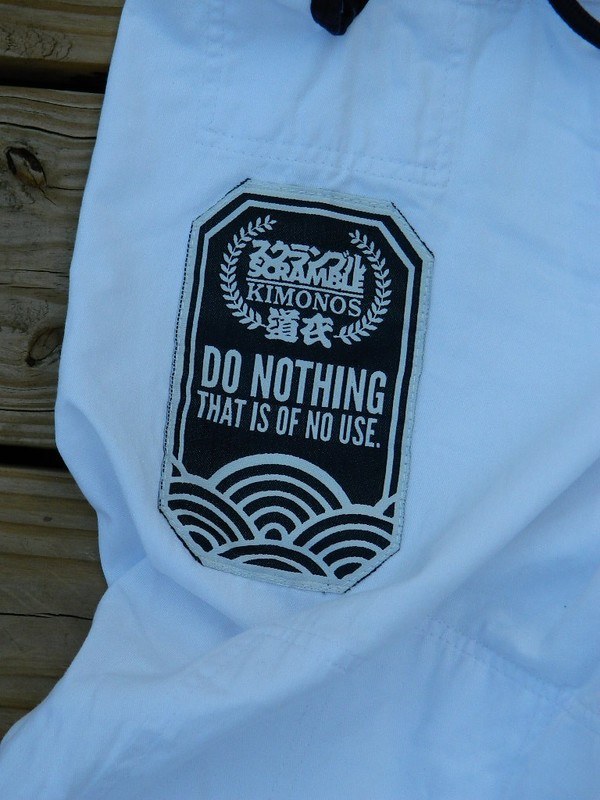 The seam taping and lapel label also continue this theme and are very well done.

In addition, there’s a very cool patch on the side that depicts a cool quote from the famous swordsman Miyamoto Musashi – “Do nothing that is of no use.”

As the gi fit me well out of the bag (and I washed on cold/hung dry), I can’t offer a guide on shrinkage for the gi.  But Seymour Yang (Meerkatsu), noted a considerable amount of shrinkage on the trousers. 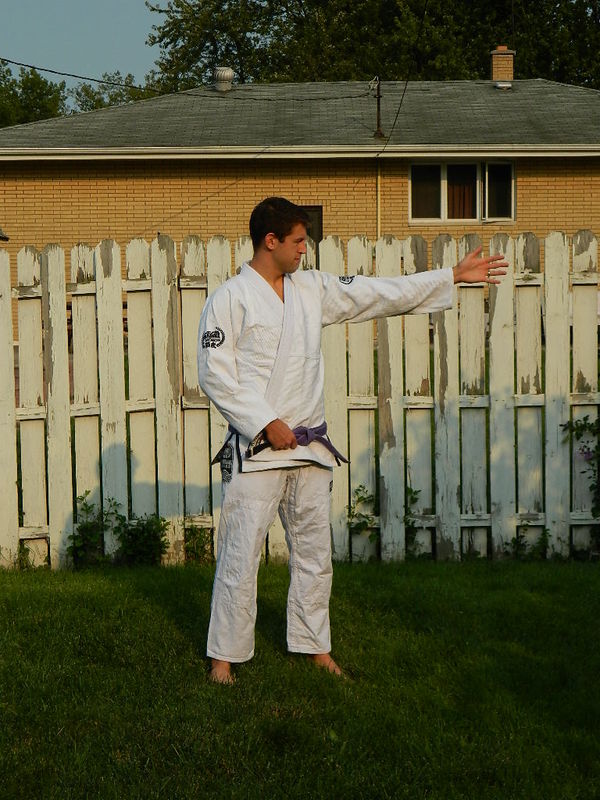 The cuffs were a bit wider than some of my other gis, but nothing overly significant.  I felt like I had full range of motion in every movement while drilling and rolling. 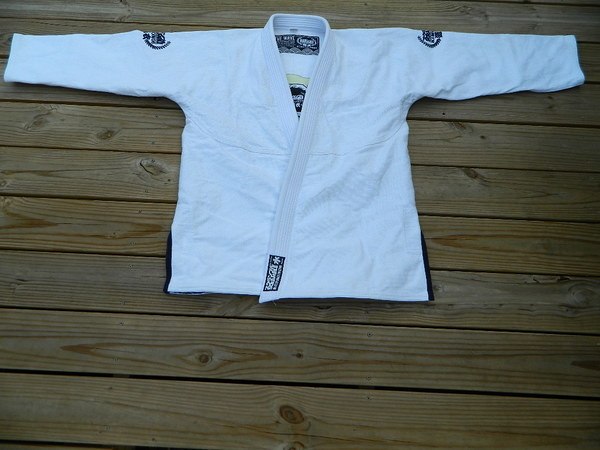 Compared to my recent Bull Terrier New Star Review, the jacket is a bit wider and longer, but the pants are a bit narrower and shorter (which is great because the BT pants are wide and long for my preferences).

Again, compared to my A3 Submission FC Light gi, the Wave is a bit longer in the skirt, but all measurements are very similar.  With the exception of the longer jacket skirt, I consider the Wave to be in the middle range of A3 measurements (unlike my A3 SYR Ring that was massive). 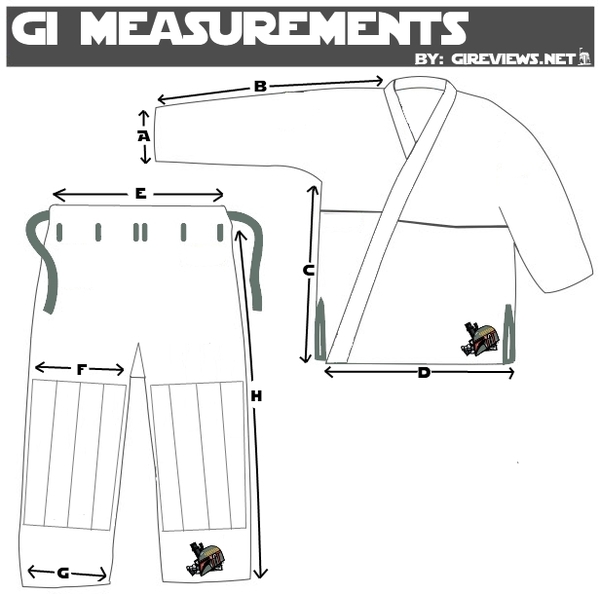 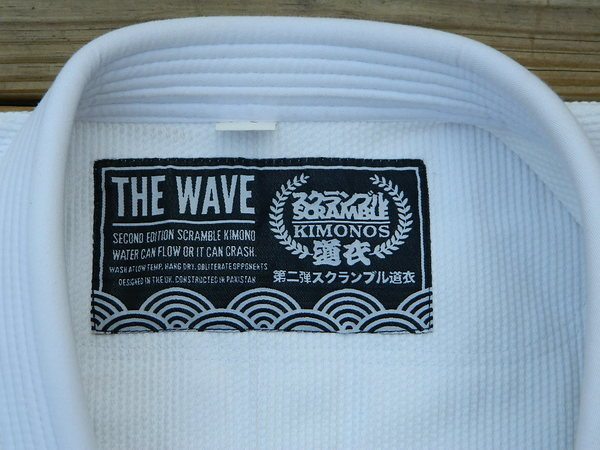 The 550gsm jacket is the same weight as my CTRL Industries Rook jacket (Note: the new Rook jacket is 450gsm).  Personally, I can’t tell the difference between 550 and 450 and I bet most other people can’t either.

What makes the jacket feel a bit heavier is the (IBJJF Legal) rashguard interior.  Unlike my Tatami Terere gi, the rashguard of Scramble Wave does not extend down the sleeves. 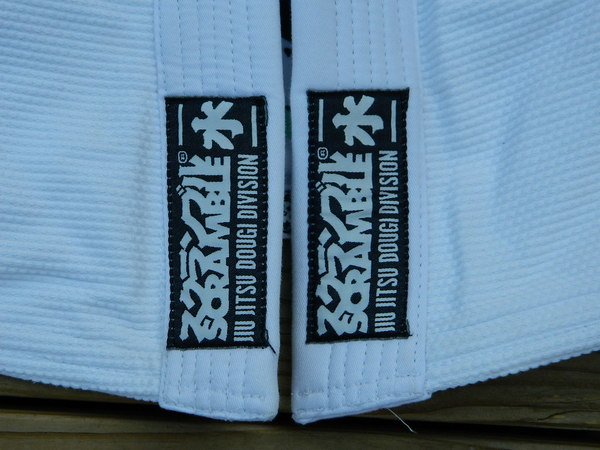 I can’t say that it made any difference in performance or feel, but I did notice it upon first view.

I really like the understated exterior of the jacket to go along with all of the cool aesthetics on the interior. 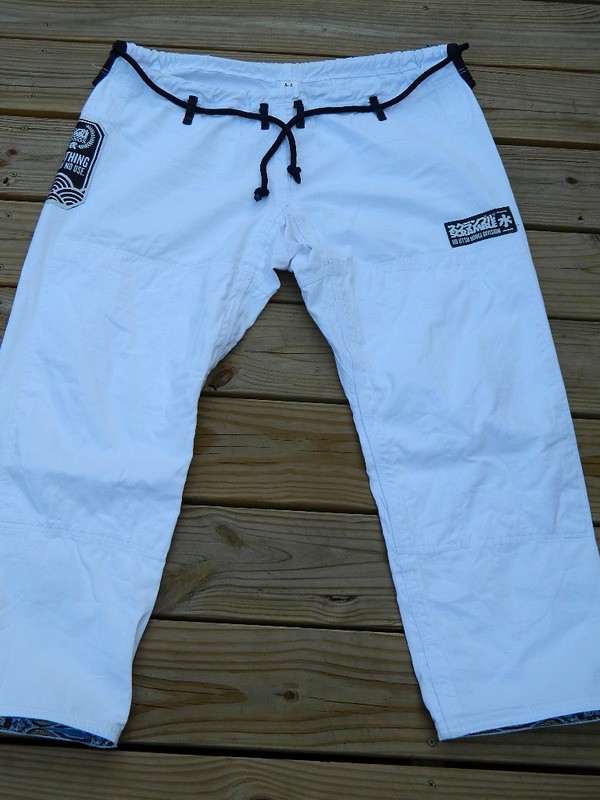 The major wait for the Scramble Wave was due to defects in the test versions of the trousers.  I am happy to report that I had no such issues with my pants.

They held up fantastic during training, including sparring with my buddy Jon Greek from Kauai Kimonos.  The pants are heavily reinforced and feature the same seam taping in the end of the pant leg as the jacket has on the end of the cuffs.

There are 4 drawstring loops present on the pants that were more than enough to keep the thick, cord drawstring from riding up during training. 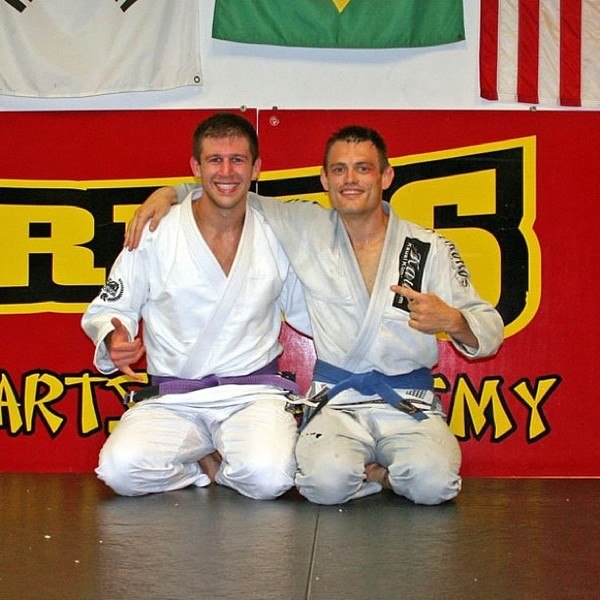 Sad to say, my systematic destruction by Jon revealed that the Wave does not provide any type of superpowers.  But you will look pretty freaking awesome while trying desperately to escape bow and arrow chokes (or maybe that’s just me).

All of the photos in this review show the gi after a few weeks of washing and wearing (please excuse the poor lighting in the photos).   The gi held up really well in training during this time period. 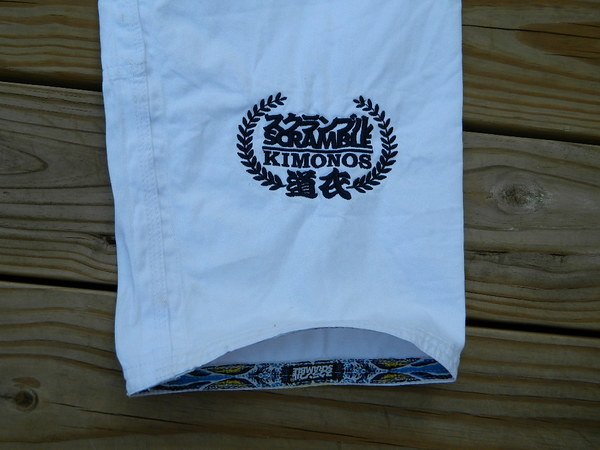 I get really frustrated with having sleeves that are really long or pants that are really baggy during training because I feel like it allows my opponent to manipulate my gi easier than they should be able to.  I don’t want to spend my whole time training just trying to break their grips.

This was not the case with the Wave.  As a solid A3 fit, the Wave fit great and felt very light in training despite the rashguard adding extra weight.  Although it felt light, it did get very warm during the summer training in 90 degree weather.  I look forward to wearing it in the winter months which can be brutally cold here in the Chicago area. 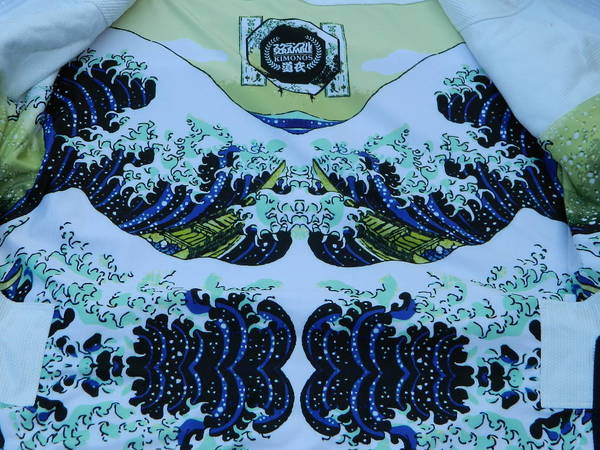 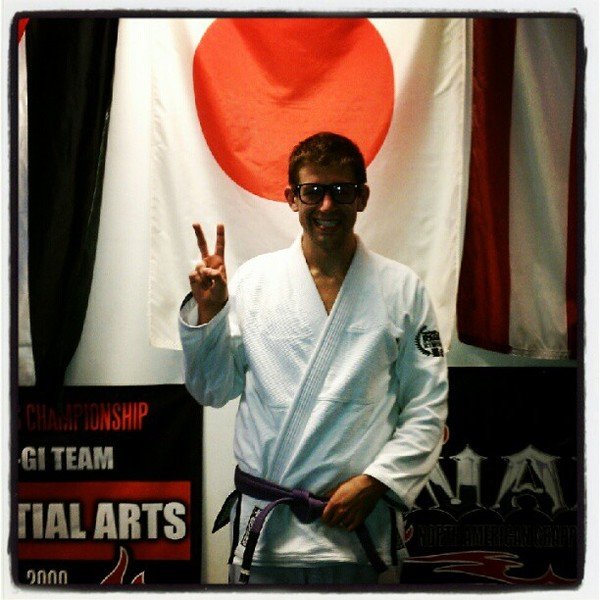 Despite the fact that Scramble’s factory is powered by Unicorn farts (a rumour recently confirmed by Scramble owner Matt Benyon), I would definitely recommend the Scramble Wave.

If price is a huge consideration for you, the $200 price tag of the Wave may put it out of your league, but I believe that the wave stacks up well versus the other premium gis.

Like I said, the sleeves are a bit wider than a few of my other gis, and if you wash/dry on hit the pants will shrink.  Overall, the fit is solid and the patches/art is on point. No misspellings or upside down patches here, kiddies.

And here's the bottom line. 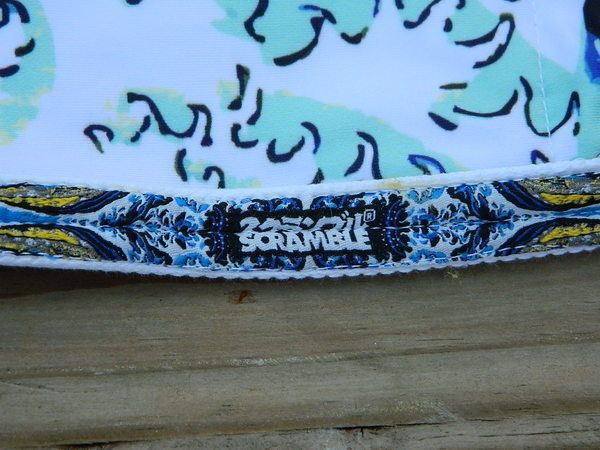 There's a lot of gi companies out there coming from out of nowhere (I get emails every day from them) who haven't proven themselves, haven't sponsored athletes or events or charities, or anything like that. All of which, Scramble does.

They think they can charge $175-$200 for their gi like Scramble is with the Wave and I don't agree.

I believe you should support brands that you believe are doing the right thing.  So not only am I going to say this is a badass gi (even though it is), people support Scramble because they're a good company with good customer service and great people behind the scenes.

Disclaimer: Please note that some of the links above are affiliate links and I will earn a commission if you purchase through those links (at no extra cost to you). These are all things that I have experience with that I am recommending because they are helpful and are companies that I have personally purchased from, not because of the commissions that I may earn from you using these products. If you have any questions about the links on this page, please email me!